0 Getting Personal with Michael Main 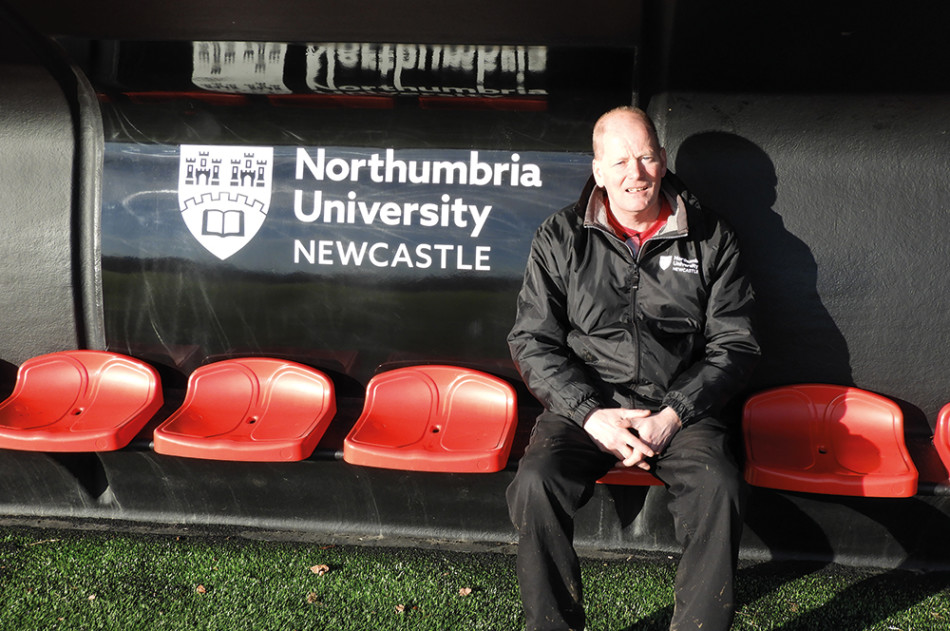 Who are you? Michael Main, Groundsman, Northumbria University in Newcastle.

Who's your hero and why? My parents; they brought me up well.

What's been the highlight of your grounds career so far? Having a first-class football pitch good enough for Northern League.

If your younger self saw you now, what would he think? That he never thought I would end up as a groundsman.

Which famous people wind you up? Celebrity wannabes.

What job would you love, other than your own? I would have loved to be an HGV driver, like my dad.

What was the most embarrassing moment in your life? When I was younger, I was cutting the grass with a pedestrian mower, trying to be cocky. I took the oil cap off to see how much was in and oil squirted all over of me.

What is your favourite film? One Flew Over the Cuckoo's Nest and Shawshank Redemption.

What scares you? Cockroaches and heights.

What would your autobiography be called… and who would play you in the film? Out in all Weathers with Neil Morrissey.

What would you cast into Room 101? Litter droppers/louts.

Which historical time and place would you most like to visit? Dallas when JFK got shot.

Do you have a lifetime ambition? To own a bigger house and kitchen.

Which three people, living or dead, would you invite to a dinner party? Peter Kay and Ant & Dec.

What's the best advice you have ever been given? Keep your head down and your backside up! (just do your best).

Which three albums would you take to a desert island? Status Quo, The Beautiful South and Madness.

What's the daftest work-related question you have ever been asked? It's not a question, but straight after renovating the main football pitch, I asked some students not to play on that area. "I have just spent hours renovating that pitch" to which one student replied: "Well you haven't done a very good job!"

What three words would you use to describe yourself? Dedicated, friendly and baldy.

What law/legislation would you like to see introduced? Politics - oh so many!!