0 Getting Personal with Michael Merriman 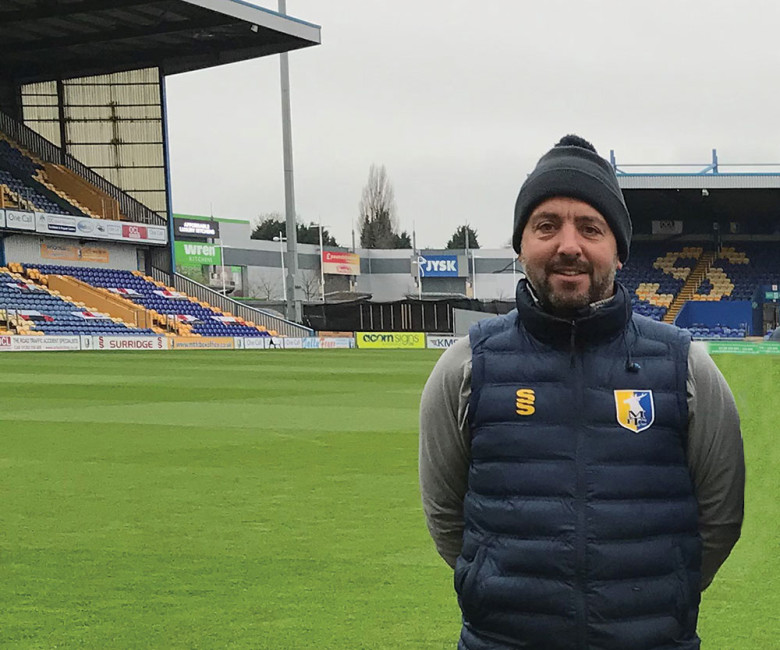 Who are you? Michael Merriman. Head Groundsperson at Mansfield Town FC.

Who's your hero and why? Anyone that goes to work for a living.

What's been the highlight of your grounds career so far? Liverpool at home in the FA Cup.

If your younger self saw you now, what would he think? Wow - done OK for a daft lad!

Which famous people wind you up? Piers Morgan, he is always right.

What job would you love, other than your own? Liverpool Head Groundsman.

What was the most embarrassing moment in your life? Forgetting the shirts for an away game when I did the kit as well.

What is your favourite film? Kez.

What scares you? Life.

What would your autobiography be called… and who would play you in the film? Mezski the Whole Truth played by Cillian Murphy.

What would you cast into Room 101? Politics/cricket.

Which historical time and place would you most like to visit? London 1800s.

Do you have a lifetime ambition? Live as long as possible.

Which three people, living or dead, would you invite to a dinner party? Mohamed Ali, Steven Gerrard, my grandad Merriman, he passed away when I was only five.

What's the best advice you have ever been given? Don't let the bastards grind you down.

What's your favourite piece of trivia? Did you know the loudest animal on earth is a sperm whale?

Which three albums would you take to a desert island? Queen, Elvis and The Who's - Quadrophenia.

What's the daftest work-related question you have ever been asked? Why is it frozen when my garden is not?

What three words would you use to describe yourself? Grumpy, honest and loyal.

What is the single most useful thing you could tell a 16-year-old groundsperson? Listen and learn off the right people because everyone knows your job better than you.

What law/legislation would you like to see introduced? Life sentence/hanging for sex offenders.