0 Getting Personal with Nathan O’Sullivan 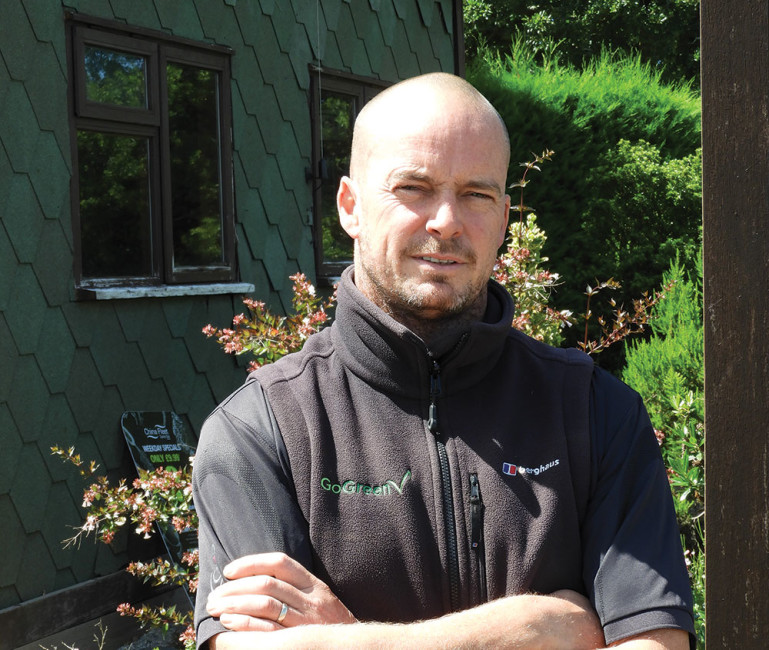 Who are you? Nathan O'Sullivan - Course Manager at China Fleet Country Club.

Who's your hero and why? My wife; for putting up with me and being a great mother to our children.

What's been the highlight of your grounds career so far? Just bringing the golf course to the standard it is now; seeing the transition from very thatchy, disease prone greens, that had around six fungicide applications per year, to a decent, free draining surface, with only one fungicide application in sixteen months. The continued feedback and backing from the members, who now understand why we have to cause some disruption at times in order to improve. Also, being involved in the support team for the PGA at Wentworth a few times.

If your younger self saw you now, what would he think? I would be proud of myself andmy family.

Which famous people wind you up? Reality tv 'stars'.

What job would you love, other than your own? Professional footballer/golfer.

What was the most embarrassing moment in your life? Pronouncing my wife's name wrong at our wedding!

What is your favourite film? Ferris Buellers Day Off.

What would your autobiography be called… and who would play you in the film? 'No idea' ... Tom Hanks.

What is your favourite sport? Golf.

What would you cast into Room 101? Bottled water, lazy people and having so many passwords to remember!

Which historical time and place would you most like to visit? Ancient Rome.

Do you have a lifetime ambition? To visit Augusta National.

Which three people, living or dead, would you invite to a dinner party? John Lennon, Billy Connolly and Karl Pilkington!

What's the best advice you have ever been given? Listen and think positively.

What's your favourite piece of trivia? The world's richest 1% have more than twice as much wealth as 6.9 billion people.

Which three albums would you take to a desert island? Ocean Colour Scene - Mosely Shoals, Kings of Leon - Because of the times and The Beatles Anthology.

What's the daftest work-related question you have ever been asked? Is the course floodlit?

What three words would you use to describe yourself? Passionate, hardworking and stressed!

What is the single most useful thing you could tell a 16-year-old groundsperson/greenkeeper? Put yourself out there, speak to other greenkeepers, listen and play other courses.

What talent would you like to have? To be able to play the guitar.

What law/legislation would you like to see introduced? Some sort of ban, or further limitations on single-use plastic.