0 Getting Personal with Neil Smith

Neil Smith - a rat up a ladder would be something of a concern! 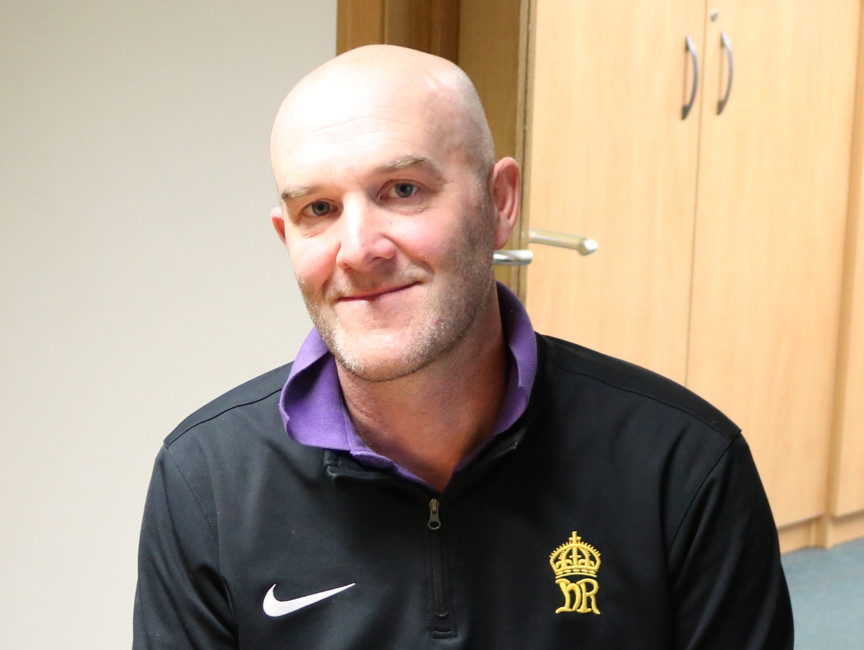 Who are you? Neil Smith, Facilities Supervisor (Grounds) at The King's School, Chester.

Who's your hero and why? My dad. His outlook on life. He was a farmer, so his work wasn't just a job; it was his life. And he loved cricket and gardening.

What's been the highlight of your grounds career so far? Now, being able to put all that I've learnt over twenty years into practice.

If your younger self saw you now, what would they think? He'd be chuffed with where I've been and see that I'm contented.

Which famous people wind you up? Politicians. I think they should work together, instead of being in parties and having agendas.

What job would you love, other than your own? Test Match Special commentator.

A wasp lands on your arm - what do you do? Look after it.

If you could domesticate any animal, which would you choose as a pet? My favourite animal is the great grey owl, although I wouldn't be in favour of domesticating things. I think they should be allowed to stay free.

What was the most embarrassing moment in your life? I got locked outside of my house once, and I had to spend the night sleeping on a bin bag.

Brexit or Remain? Remain. I don't believe in countries either. When someone asks my nationality, I find it hard to say 'British' or 'English'. We're all together.

What is your favourite film? I quite like Grosse Point Blank.

What scares you? Rats and heights.

What would your autobiography be called… and who would play you in the film? Getting the Most Out of Life. I'd play myself.

What would you cast into Room 101? Politicians.

Which historical time and place would you most like to visit? I suppose I could say more than sport, couldn't I? But, I would have loved to be there when we won the 2005 Ashes series. Maybe even celebrating in The Oval dressing room.

Do you have a lifetime ambition? For my family, friends and myself to be happy.

Which three people, living or dead, would you invite to a dinner party? John Lennon. Nelson Mandela. Ian Botham.

What's the best advice you have ever been given? After my dad died, my mum told me not to let it ruin me and to still get the most out of life.

What's your favourite piece of trivia? I heard the temperature extremes have caused polar bears to migrate south through Canada, where they're mating with grizzly bears. The cubs are called 'Pizzlys', if polar paternal, or 'growlars', if grizzly paternal.

Which three songs would you take to a desert island? I most enjoy house music, and they're not really songs and don't have names.

What's your favourite piece of kit? I liked it when it's verti-drained and striped.

What three words would you use to describe yourself? Friendly. Positive. Loyal.

Finally, what is the single most useful thing you could tell a 16-year-old groundsperson? Take your time. Regardless of whether you have the best tools, the important thing is that you take your time. I'd prefer my assistants to fail to complete their daily jobs, whilst doing them well, than to do all of them badly.