0 Getting Personal with Paul Wilson

Paul Wilson - he hates snakes but has interesting shark trivia 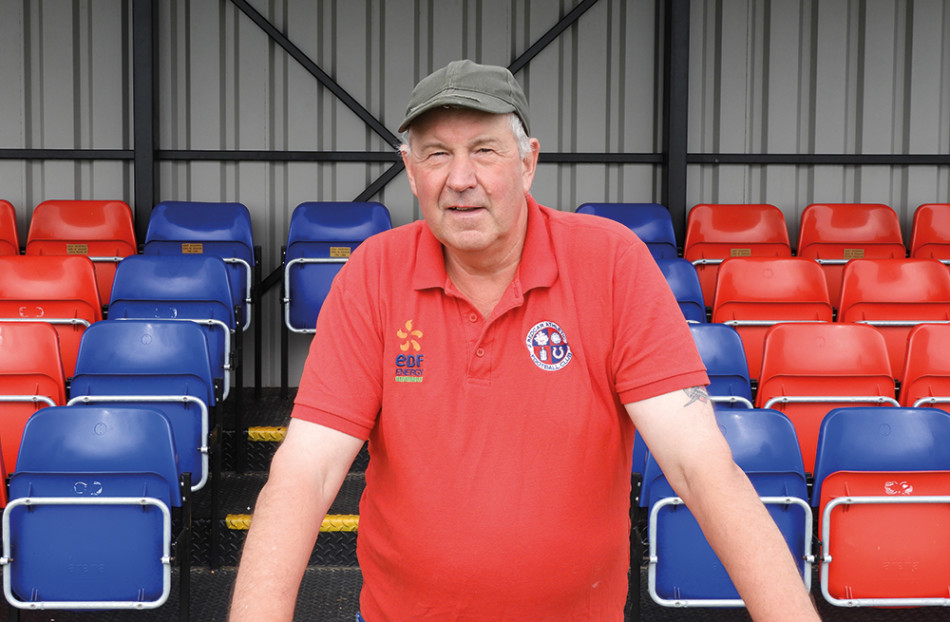 Who are you? Paul Wilson, Head Groundsman at Redcar Athletic FC.

Who's your hero and why? Sir Alex Ferguson. I admire the way he takes pride in getting to know his players, their families and everything about them.

What's been the highlight of your grounds career so far? Winning Step 7's National Groundsman of the Year in 2017.

If your younger self saw you now, what would they think? Never thought I'd be doing what I'm doing within a local football club... I used to be a fisherman, total different ends of the spectrum.

Which famous people wind you up? Just politicians ... in general.

What job would you love, other than your own? Head Groundsman at a bigger stadium!!

What was the most embarrassing moment in your life? I had a surprise 40th birthday party and they had organised a stripper.

What is your favourite film? Gladiator.

What scares you? Snakes!!

What would your autobiography be called… and who would play you in the film? Life at Sea and Ashore - Russell Crowe.

What would you cast into Room 101? Snakes.

Which historical time and place would you most like to visit? The Viking age.

Do you have a lifetime ambition? Retiring and living on a boat.

Which three people, living or dead, would you invite to a dinner party? My late father, Princess Diana and Jack Charlton.

What's the best advice you have ever been given? An old school teacher of mine said to always give something a go so as to not regret it in the future.

What's your favourite piece of trivia? Sharks have been on the planet longer than trees.

Which three albums would you take to a desert island? Mike and the Mechanics, Abba, Andrea Reiu.

What's the daftest work-related question you have ever been asked? I often get asked about the fairy rings and if I've spilt some fertiliser in a nice neat circle? Tickles me that one.

What three words would you use to describe yourself? Loyal, determined, honest.

What is the single most useful thing you could tell a 16-year-old groundsperson/greenkeeper? Listen, watch and learn.

What talent would you like to have? Would have liked to have learnt to play the guitar!

What law/legislation would you like to see introduced? Stronger penalties for dog fouling - especially on my pitches!

You can view the full Redcar Athletic article here