0 Getting Personal with Richard Jones

Richard Jones - it could get very in-tents at work! 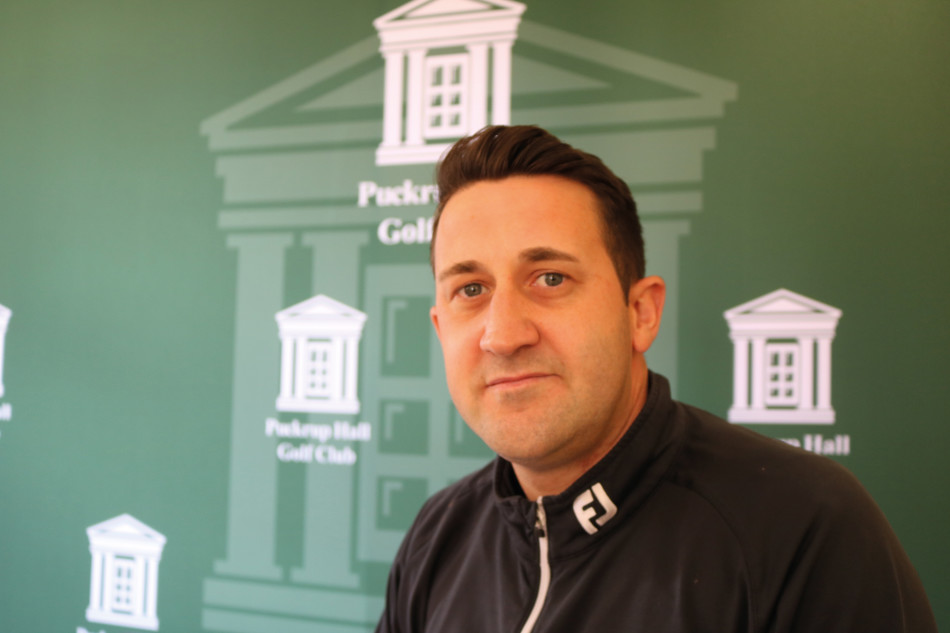 Who are you? Richard Jones, Golf Course Manager at Hilton Puckrup Hall.

Family status? Engaged to be married in April. I have a two-year-old daughter, Olivia.

Who's your hero and why? Tiger Woods. I'm a massive fan.

What's been the highlight of your grounds career so far? Becoming course manager at 26 years old and working as part of the greenkeeping support team at 2010 Ryder Cup.

If your younger self saw you now, what would they think? He'd be proud of what I've done with my career.

Which famous people wind you up? Jose Mourinho and Donald Trump.

What job would you love, other than your own? Vineyard owner in France.

A wasp lands on your arm - what do you do? Squash it.

If you could domesticate any animal, which would you choose as a pet? A horse.

What was the most embarrassing moment in your life? That's unpublishable.

What is your favourite film? American Gangster.

What would your autobiography be called… and who would play you in the film? My Way. Tom Hardy.

What is your favourite sport? Golf, although I'm also a very keen horseracing and football fan.

What would you cast into Room 101? Drivers that do not thank you when you pull over to let them pass. Brexit.

Which historical time and place would you most like to visit? To any of the times and racecourses that my dad rode a winner as a professional jockey as he retired shortly after I was born.

Do you have a lifetime ambition? To run the London Marathon.

Which three people, living or dead, would you invite to a dinner party? Tiger Woods. Noel Gallagher. Winston Churchill.

What's the best advice you have ever been given? Treat others as you want to be treated.

What's your favourite piece of trivia? There is no word that rhymes with orange.

Which three songs would you take to a desert island? Masterplan - Oasis, Run - Snow Patrol, With Or Without You - U2.

What's the daftest work-related question you have ever been asked? Can you put tents over every green overnight to stop them freezing during frosts?

What's your favourite piece of kit? Our pedestrian aerator.

What three words would you use to describe yourself? Approachable. Friendly. Loyal.

Finally, what is the single most useful thing you could tell a 16-year-old groundsperson/greenkeeper? Work hard to prove your worth.