0 Getting Personal with Richard Wing

Richard Wing - anyone for tennis ... or perhaps a Jaegerbomb or two? 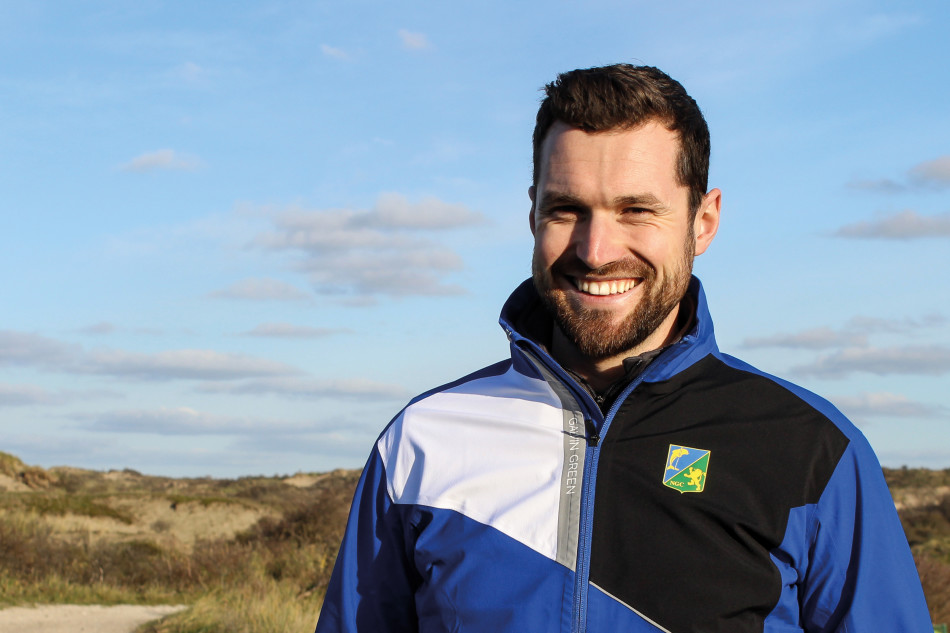 Who are you? Richard Wing, Course Manager, Noordwijkse Golf Club.

What's been the highlight of your grounds career so far? Working as part of the Agronomy team for The Open in 2018 at Carnoustie.

If your younger self saw you now, what would they think? He'd probably think I didn't see that coming.

Which famous people wind you up? I try not to let anyone wind me up so I really couldn't say. When you live abroad, you soon lose track of who's famous.

What job would you love, other than your own? I'm not sure I'd choose another job but maybe if I could move a links course to somewhere slightly warmer in the winter, southern Spain maybe.

What was the most embarrassing moment in your life? I'm not sure I can publish it here … but it goes along the lines of a video of me on a nightclub stage with little/no clothes on being brought to the attention of my grandma. Her face was a picture. Students do some crazy things after a few Jaegerbombs!

What is your favourite film? The Full Monty. There's a trend, I know, but it reminds me of home.

What scares you? Being in confined spaces. It comes from being trapped in a slide when I was young.

What would your autobiography be called… and who would play you in the film? I think it would depend who you were asking for name ideas. I usually get told I have a look of Jamie Dornan, so that'd be ok with me.

What would you cast into Room 101? The Stimpmeter.

Which historical time and place would you most like to visit? Growing up listening to the stories of the 70s, not too historical but I'd love to have experienced it.

Do you have a lifetime ambition? I achieved my lifetime ambition and it wasn't what I thought, so I've had to re-write the book on this one. I'd like to experience tournament golf from a Course Managers perspective now. Other than that, live a happy and healthy life and help others do the same.

Which three people, living or dead, would you invite to a dinner party? Tiger Woods, Jim Arthur and Maria Sharapova (teenage crush).

What's your favourite piece of trivia? The speed of a computer mouse is measured in Mickeys.

What's your favourite smell? Bacon after a weekend setup.

Which three albums would you take to a desert island? A couple of chilled house music albums for the beach and Arctic Monkeys - Whatever People Say I Am, That's What I'm Not… for when I'm feeling like a bit of home.

What's the daftest work-related question you have ever been asked? I think everyone has a few but my favourite was "Do you cut the grass at different heights to create those stripes?"

What's your favourite piece of kit? Tough one, to see in operation Toro ProCore 648 but to use personally a Toro 1000.

What three words would you use to describe yourself? I never really see it as something for me to judge but hopefully, personable, motivated and logical.

What is the single most useful thing you could tell a 16-year-old groundsperson/greenkeeper? Travel, go and experience life and work in other cultures, it will make you a far more well-rounded person and greenkeeper in the long run. Also, opportunities are more readily available when you are willing to throw yourself into a new adventure.

What talent would you like to have? As I'm currently battling with my driver, the ability to consistently hit a nice draw off the tee.

What law/legislation would you like to see introduced? I would love to see the UK follow suit with most of the EU in severely restricting pesticide use. I think it would force a lot to move towards more sustainable management.