0 Getting Personal with Robert Meldrum

Robert (Rab) Meldrum - We heard a rumour that he likes heavy rock! 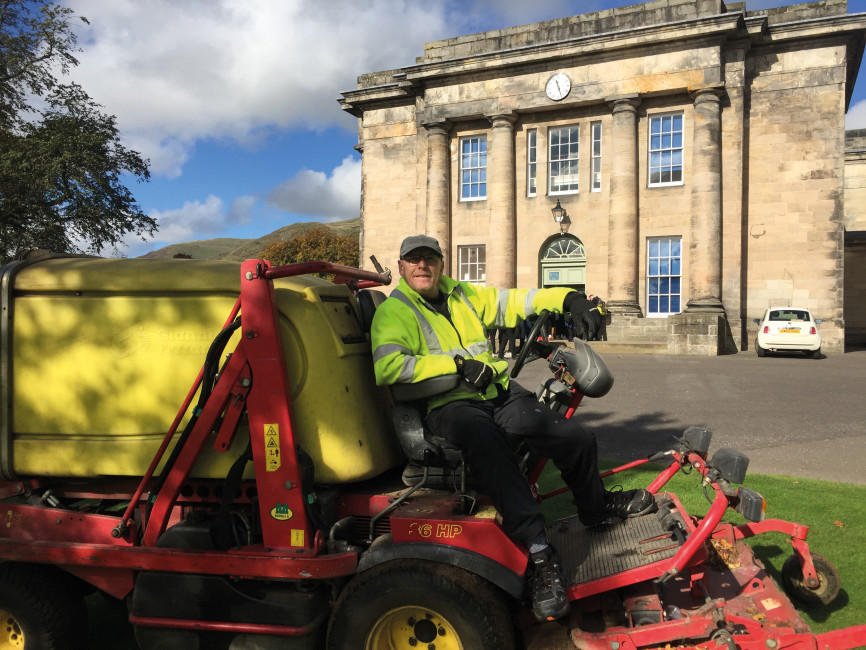 Who are you? Robert (Rab) Meldrum.

Who's your hero and why? Isambard Kingdom Brunel, who had an absolutely outstanding mind.

What's been the highlight of your grounds career so far? Visit of Princess Anne.

If your younger self saw you now, what would they think? Really!? Yeah, okay then.

Which famous people wind you up? Would not call him famous, but Piers Morgan.

What job would you love, other than your own? HGV Driver (previously had a licence).

What is your favourite film? Predator.

What is your favourite sport? Darts.

What would you cast into Room 101? Donald Trump.

What's the best advice you have ever been given? From my previous boss Lee Spendlove - 'Rab, you can do it'.

Which three albums would you take to a desert island? Led Zeppelin - Remasters, Motorhead - No Sleep 'til Hammersmith, Fleetwood Mac - Rumours.

What three words would you use to describe yourself? Annoying, forgetful, approachable.

What talent would you like to have? To be able to play the electric guitar or the drums.

What law/legislation would you like to see introduced? Everyone should have a rescue labrador or German shepherd and be allowed to take them to work. Thankfully I can.