0 Getting Personal with Sean Lloyd 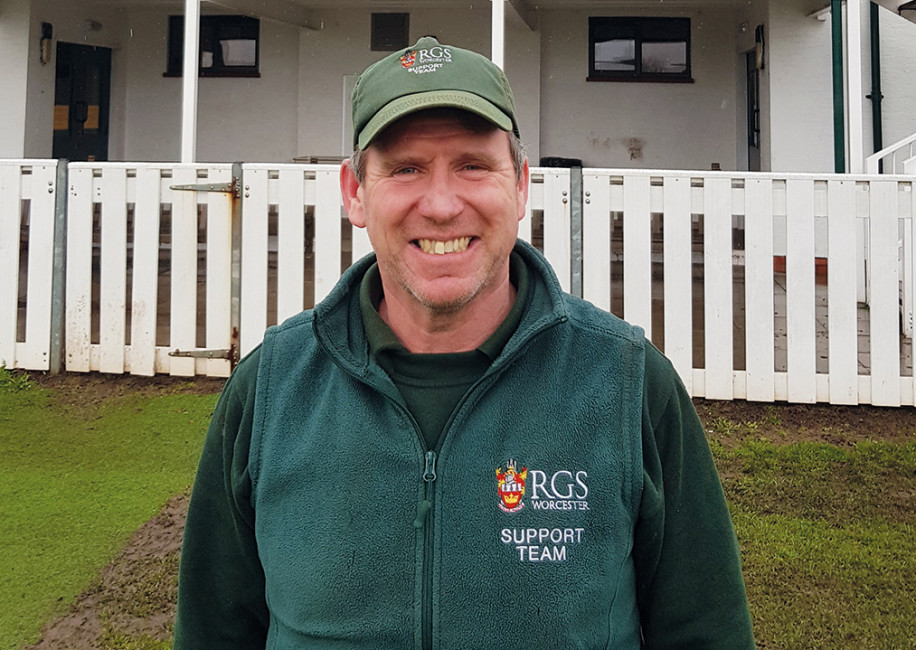 Who are you? Sean Lloyd, Head of Grounds & Gardens at RGS Worcester.

Who's your hero and why? Sir Viv Richards. The best batsman I ever saw when I was young.

What would you change about yourself? I'd like to be a bit taller.

What's your guilty pleasure? A few beers after golf.

What's been the highlight of your grounds career so far?

(2) We've put in place composting bays, which supplies the gardens with all the composted material they need.

What are your pet peeves? Playing on unfit pitches.

If you could go anywhere right now, where would it be? I just really like Worcester…

… and the worst? There's very little I dislike about it. But, perhaps, trying to be flexible all the time.

Do you have a lifetime ambition? To take RGS grounds into the national 'Top 10'.

Favourite record, and why? 'Kayleigh' by Marillion.

Who would you choose to spend a romantic evening with? Pamela Lloyd.

If you won the lottery, what is the first thing you would do? Go to Australia, New Zealand, West Indies… actually, anywhere they play Test cricket.

Which three people, living or dead, would you invite to a dinner party? Viv Richards, Seve Ballesteros and Winston Churchill.

If you could be anyone for a day, who would it be and why? Garry Sobers. He's good at everything he does.

Do you have any bad habits? I haven't noticed any.

Do you go to bed worrying about the next day's workload? In the lead-up to matches, or after a bad forecast.

What's the best advice you have ever been given? Everybody makes mistakes.

What do you do in your spare time? Play golf and play with the kids.

What's the daftest work-related question you have ever been asked? "Why are the pitches unfit?"

What's your favourite piece of kit? I like the Verti-drain.

What three words would you use to describe yourself? Motivated, fun, patient.

What talent would you like to have? I'm dyslexic, so I'd love to be able to read!

What law/legislation would you like to see introduced? That bus lanes are forfeited, so they have to use the same lanes as cars.