0 Getting Personal with Shane Webb

Shane Webb - with the best advice to date 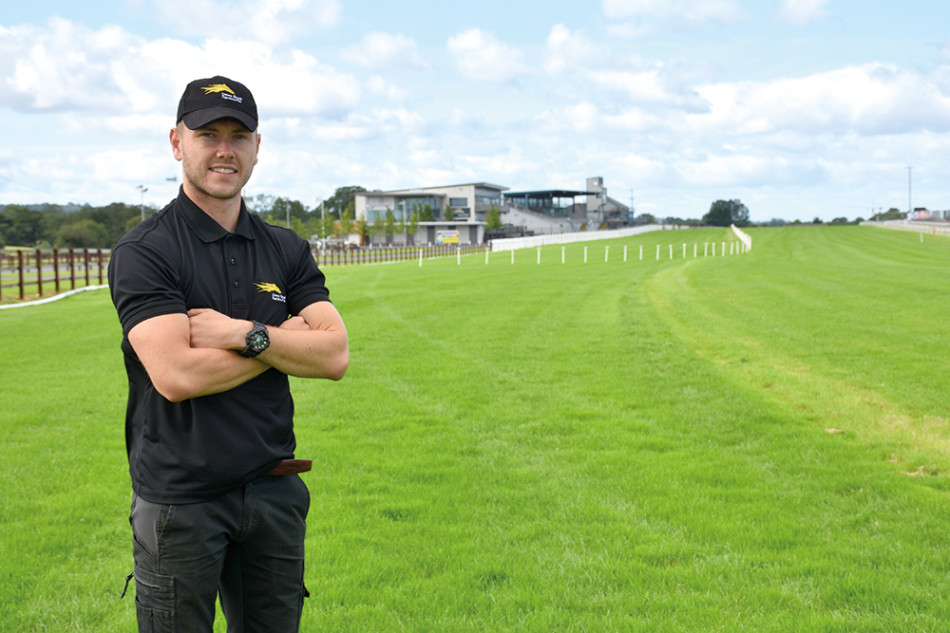 Who are you? Shane Webb - Head Groundsman, Down Royal Racecourse.

Family status. I come from a family of five - two brothers and two sisters.

Who's your hero and why? In a sporting sense there's the obvious likes of Brian O'Driscoll. Then, being from Carlow, I'm lucky to have people like Paul Broderick (football) and Marcus Lawler (athletics) to look up to. My dad Pat also deserves a big mention as I've been looking up to him for a long time ... and still do!

What's been the highlight of your grounds career so far? Taking on the role of head groundsman at Down Royal this year is no doubt the highlight.

If your younger self saw you now, what would he think? I'd like to think he would be pleased.

What job would you love, other than your own? Airline pilot.

What is your favourite film? Harry Potter.

What is your favourite sport? Gaelic football.

Do you have a lifetime ambition? Take life one day at a time, whilst trying to improve and learn every day.

Which three people, living or dead, would you invite to a dinner party? Elvis, Emily Ratajkowski and David Attenborough.

What's the best advice you have ever been given? A pat on the back is only six inches from a kick in the backside!

Which three albums would you take to a desert island? I'd bring Spotify and a portable charger!

What's the daftest work-related question you have ever been asked? Do you just cut grass?

What's your favourite piece of kit? The Major grass lifter finishing mower and I also couldn't survive without the verti-drain.

What three words would you use to describe yourself? Impulsive, persistent and hard-working.

What is the single most useful thing you could tell a 16-year-old groundsperson/greenkeeper? Don't be afraid to move around when you're young. Try different things in different places.