0 Getting Personal with Thomas Flavelle

Thomas Flavelle; I feel the force with this one 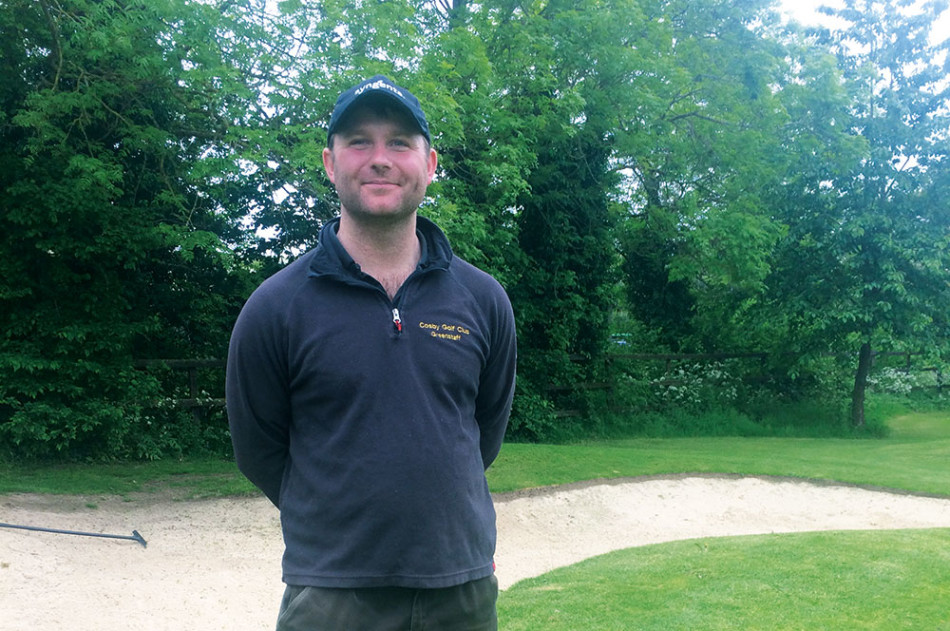 Who are you? Thomas Flavelle, 28 years old from Leicester.

Family status: I got married to Elizabeth just over 12 months ago in America, who I met while studying in the US.

Who's your hero and why? Hmmm, I've never idolised people, but I guess recently it would be Leicester City's Premier League winning squad, as they brought something that I never thought would ever happen. As a Leicester supporter, there's been a few cups through the late 90s and early 2000s, but the years that followed were dire, dropping to League One at one point.

What would you change about yourself? I would like to get a little more in shape, but other than that I am happy with who I am.

What's your guilty pleasure? Playing retro computer games, in particular Command & Conquer Red Alert. I never completed it as a kid, so now is the time to do it.

What's been the highlight of your career so far? Winning the 'Toro Student Greenkeeper of the Year' award in 2012. This opened up a fantastic opportunity for me to go the University of Massachusetts and further my knowledge as a Greenkeeper (and meet my future wife whilst I was there).

If you could go anywhere right now, where would it be? Space. It would be amazing to orbit the earth several times to look down on the world.

What's the best part of your job? The best part of the job is topdressing, as I really enjoy seeing the sand going down on the greens. I think it may be because, with every application, we are reaching our goal of 150 tonnes.

… and the worst? Collecting leaves in autumn/winter. It's very very time consuming and some days it appears you haven't done anything by the time more leaves have fallen.

Do you have a lifetime ambition? Originally, it was to manage an 'Open Championship venue', but lately my life and career have taken a different turn and now I have my eyes set on managing a top course in the US.

If you won the lottery, what is the first thing you would do? It would be a miracle if I won the lottery. I haven't played in nearly 10 years but, if I did, I would pay the mortgage off first and then visit some friends in Australia.

Which three people, living or dead, would you invite to a dinner party? Firstly, Jon Bon Jovi, as I wish to speak to him about his poor effort of an autograph in 2010. Obi wan Kenobi; so I can learn about the force, and finally George Lucas, so I can discuss his time visiting the Star Wars Universe.

If you could be anyone for a day, who would it be and why? A jedi. I am a huge Star Wars fan, and hope that it's all real, and one day I will make it there.

Do you have any bad habits? Staying at work too long to finish tasks off so that we are ahead of the game for the next day.

... or any good ones? Staying at work too long to finish tasks off so that we are ahead of the game for the next day.
Do you go to bed worrying about the next day's workload? Yes at times, particularly when we are short staffed and have a list of jobs to complete before the weekend.

What are you reading at the moment? Hard copy of 'On the flight again' by Vince Raw; stories about wildfowling and other shooting adventures.

What's the best advice you have ever been given? Always give yourself adequate time to complete tasks.

What do you do in your spare time? I enjoy spending time in the countryside either shooting or fishing. I try to play some golf, but I don't manage as much these days, although I currently still hold a handicap of 2.

What's the daftest work related question you have ever been asked? I was once asked how the switch stick was watering the grass, as they could see the water coming off but couldn't understand where it was stored.

What's your favourite piece of kit? Tough question! In general, the Toro Procore 648. I have been known to take it out of the shed and clean it for no reason. I have found that it is a fantastic bit of kit, so much easier to use than the tractor mounted aerators. It's made aerating greens fun rather than a chore.

What talent would you like to have? I would like to learn to play snooker to good standard. Currently, I class my highest break as having potted three consecutive balls.