0 Getting Personal with Wesley Matthews

Wesley Matthews - his glass is always half full, but never lend him your car 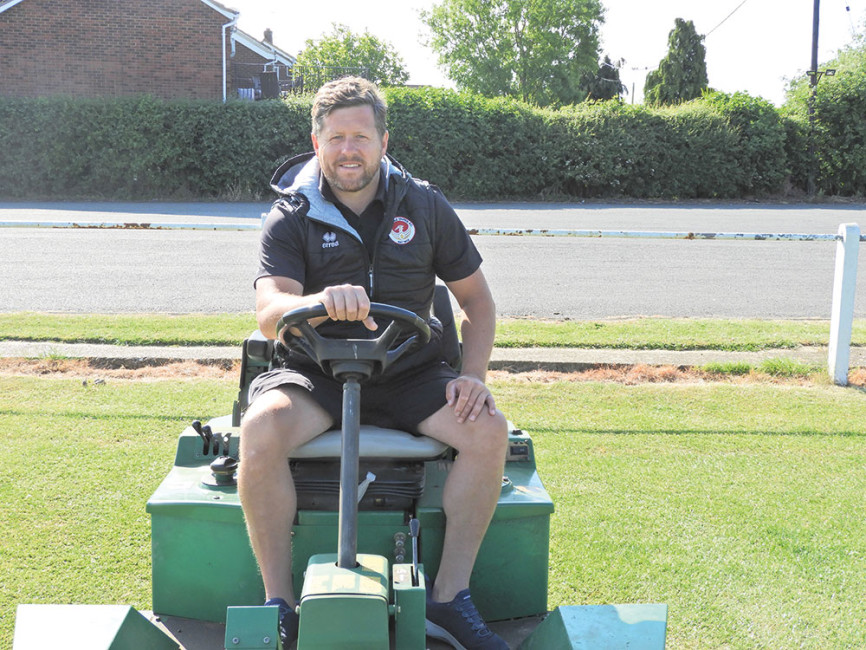 Who are you? Wesley Matthews - volunteer groundsman at Cranfield United Football Club.

What's been the highlight of your grounds career so far? By far, it was winning National Groundsman of the Year 2018, which was awarded to me at St. James Park. This was when I was groundsman at Elstow Abbey FC.

If your younger self saw you now, what would he think? I wouldn't believe it was me! I would be impressed with how much I have achieved, both with running my own business and with what I have achieved as a groundsman.

What job would you love, other than your own? A pro golfer.

What was the most embarrassing moment in your life? Turning up to the pub after a game of football. I parked the car and, whilst I started making my way to the entrance, the packed garden were shouting at me as my car was rolling away - I had left my handbrake off!

What scares you? Failure, in any aspect of my life.

What would your autobiography be called… and who would play you in the film? 'The guy that never gives up' with Tom Hanks!

What is your favourite sport? Golf, horseracing and football.

Which historical time and place would you most like to visit? England winning the 1966 World Cup.

Do you have a lifetime ambition? To be mortgage free and reach retirement in good health.

Which three people, living or dead, would you invite to a dinner party? My Mum (who died when I was 29, before I owned a business or had any children). I would love to talk to her and for her to see my three boys. My old headmaster from upper school who told me I had no future and my granddad (gramps), who died shortly before my mum). He was always building and inventing things, so I'd like his feedback on my own creations and inventions!

What's the best advice you have ever been given? Always treat people how you want to be treated yourself.

Which three albums would you take to a desert island? Coldplay - any of them, Michael Jackson - Thriller and Ed Sheeran - Divide.

What's your favourite piece of kit? The Ransomes Highway 2130 mower. Without it my job would be impossible. I've adapted it to pull along my homemade pieces of kit! It's never let me down yet and cuts me a lovely stripe.

What three words would you use to describe yourself? Determined, positive and passionate, my glass is always half full!

What is the single most useful thing you could tell a 16-year-old groundsperson/greenkeeper? Never give up, remain focused, listen hard, always be prepared to learn new things and don't be afraid to ask questions.

What talent would you like to have? To be able to play golf off scratch.