by Football Foundation
in Football, Schools & Colleges, and Synthetics
on 02 Apr 2018 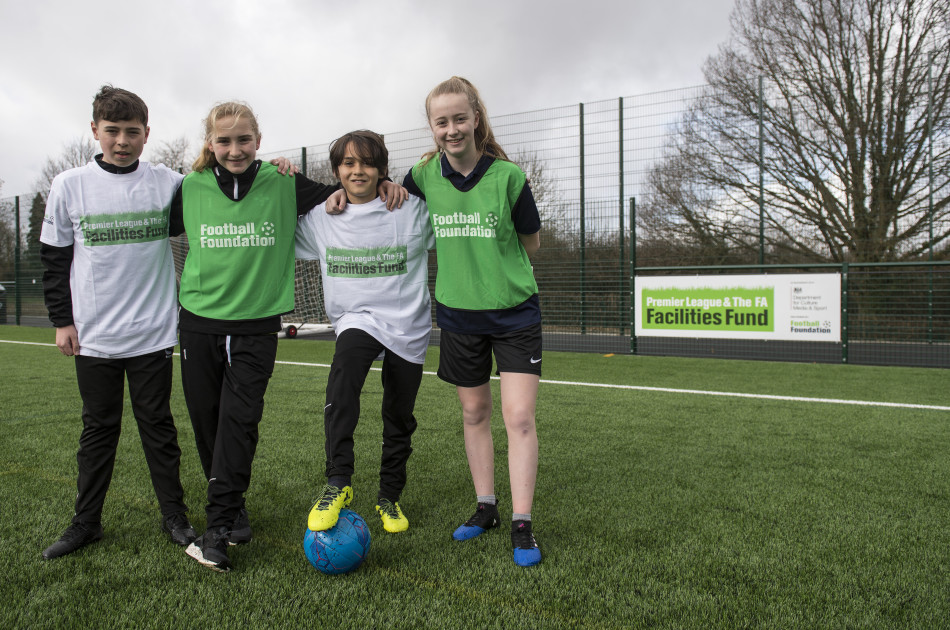 The new facility was made possible thanks to a grant from the Premier League & The FA Facilities Fund, which is delivered by the Football Foundation. Local primary school children helped celebrate the event by taking part in a football tournament, in the presence of the Mayor of Tunbridge Wells, Cllr. Julia Soyke, and other community supporters.

The grant enabled the school to install a new floodlit third generation (3G) artificial grass pitch (AGP) with a spectator area. This is in addition to their existing 11v11 grass pitch and two 9v9 grass pitches. The all-weather pitch will not only benefit St Gregory's Catholic School pupils, but also partner club Tunbridge Wells Foresters FC.

Currently, the grass pitches become unusable during the cold winter months. However, the new playing surface can be used all-year-round and is set to become a hub site for developing and improving the local game. 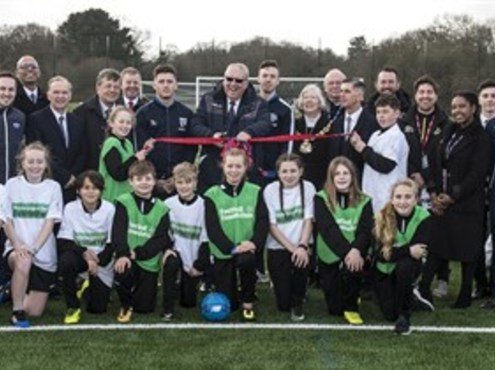 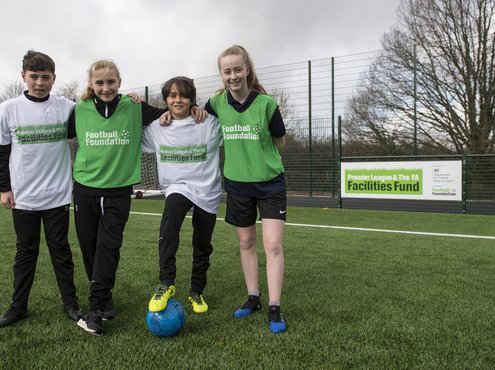 The pitch will provide a home ground for Tunbridge Wells Foresters FC, who previously played at a number of different locations, as well as offering a venue for training and fixtures to local users mSPORTi Football Academy and West Kent Schools FA. Other users will include Gillingham FC Community Trust, the charity arm of local professional club Gillingham FC, who are set to deliver a range of community outreach programmes.

In addition, the new all-weather facility will support the school's Accelerated Curriculum Experience (ACE) Football Academy, which offers specialist coaching and a project-based curriculum. This is helping students to use football as a vehicle for learning, develop skills such as leadership, problem solving, teamwork and gain an understanding of internationalism, as the programme includes an annual football tour to a professional European football club such as Real Madrid CF and FC Porto.