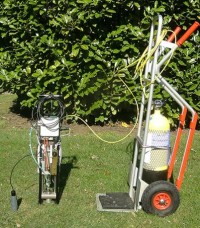 The strength of natural turf winter games pitches is a surface characteristic that directly governs player-surface interaction aspects, such as the impact absorption that players will feel when running or landing on a surface, and the traction they can obtain with studded footwear.

Surface strength also contributes to ball-surface interaction aspects, such as ball bounce and ball roll. Quantification of the strength of natural turf winter games pitches, and understanding of surface performance, is an area that requires greater research. This has been highlighted due to the recent concentration of media attention on high-profile player injuries, and failed sporting movements that have been attributed to surface condition.

There are two devices used under Performance Quality Standards (PQS) to assess surface strength: the Clegg Hammer, which measures the vertical strength of the surface to a falling 0.5kg or 2.25kg missile and the studded disc apparatus that measures the torque required to horizontally rotate a loaded (46kg) studded disc on the surface.

These two devices have been at the forefront of research into natural turf surfaces for over twenty years, and have aided in improving surface quality and providing a means to benchmark surface characteristics. Although these devices are relatively cheap and, in the case of the Clegg Hammer, portable to use, there are drawbacks to using these to increase our understanding of surface performance:

• Using the studded disc apparatus to assess a pitch takes a long time, and involves the use of laborious equipment (46kg of weight). This restricts data being collected from pitches regularly (e.g. on a daily basis), or across a large number of pitches.

• The devices do not represent how a player interacts with the surface. This has limited our understanding of how the surface reacts to being loaded by players, and what the players experience back from the surface (energy absorption/return and traction). 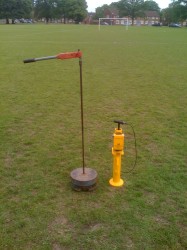 In recent years, advanced research at Cranfield and Exeter Universities has enhanced the understanding of how players interact with sports surfaces. This area of research requires studying surface stress-strain behaviour - quantifying the reaction of the surface to being stressed. While measuring strength provides data on the maximum stress a surface can withstand before it fails (deforms), stress-strain behaviour is concerned with quantifying ratios of permanent (plastic) and recoverable (elastic) deformation the surface exhibits when it is loaded. These aspects determine the amount of energy that will be absorbed or returned by the surface when impacted by a player or ball.

It is also important to understand that the strength exhibited by soil-turf surfaces is dependent upon the speed at which it is loaded (loading rate). Increasing the loading rate of a force acting on soil results in the soil exhibiting greater strength. When soils are stressed slowly (e.g. by pushing a stick into the ground), the soil particles have time to move and provide surface deformation but, when they are loaded quickly, the particles do not have time to move, and exhibit greater strength by deforming less.

Modelling of player impacts upon soil has shown that the faster the soil is loaded, the more elastic the soil behaves. This elasticity was also found to be higher on sand soils compared to more clayey soils, and it is important to understand this loading rate dependency of natural turf when considering what effect the player has on the surface, or vice-versa.

Relating the strength and stress-strain behaviour of a surface to specific injury risks, or performance potential for players, is very difficult, due to their being a lack of devices that directly represent aspects of player-surface interaction. This is in terms of replicating the forces and stresses that athletes impart on the surfaces when running or landing, their angles of contact with the surface, their loading rates, and replicating studded footwear.

In summarising the above discussion, we are left with two issues:

• Devices that allow quick and easy assessment of both vertical and horizontal surface strength are not available. 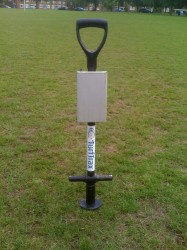 As part of my research at Cranfield University, we are trying to address these issues by improving pitch testing. This is in terms of both the quality and quantity of data that we can collect. We are currently trialling an existing natural turf testing device for future use on natural turf pitches, the GoingStick®.

Originally developed by Cranfield University and TurfTrax Course Services Ltd, the device is used to provide an objective measure of the 'going' on a racecourse. The device provides measures of vertical penetration and translational shear (horizontal) strength of surfaces, with data stored on the stick and easily downloaded onto a PC.

With this in mind, surface-relevant data units are being devised. Testing fifteen test points on a pitch requires less than fifteen minutes of the user's time, which allows surfaces to be assessed on a daily basis, if desired. Having possession of an objective measure of surface strength such as this will allow grounds managers to tailor maintenance regimes around how the surface is performing and how they want the surface to perform, as well as providing players and coaches with a 'surface performance reading'.

To address the second issue identified, a further device has been developed, the Dynamic Surface Tester (DST). While this device is not as portable as the GoingStick, and is currently only built as a 'one-off', it is being used to further our understanding of natural turf systems. 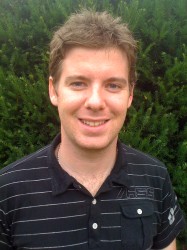 The basic function of the device involves propelling a studded test foot onto the surface using compressed air. The device impacts the surface at a speed of up to 1.3 metres per second, and replicates the vertical stress that a player imparts onto a surface when running. With the device, we can measure the time it takes for the surface to bring the device to rest, the total distance the device penetrates into the surface and the amount of energy the surface absorbs. All three of these variables record higher values on a softer, weaker surface.

Data collected from this device allows us to understand what happens to a natural turf surface when players run or land on it. This is in terms of how much the surface deforms, how quickly it deforms and the amount of energy absorption it provides. As part of our research, we are routinely using these devices on a number of natural turf pitches, with a variation of soil textures and surface constructions. This is to determine how surface behaviour varies with soil texture, soil moisture content and time of year.

We welcome any feedback on this area of work from grounds managers, and would especially like to hear from those undertaking regular pitch testing. We understand that a link between scientific research and turf professionals needs to be maintained, in order to benefit future research and ensure that research is tailored to aspects that will benefit grounds managers in daily management. We hope to provide an update on our research at a later date.