Gleneagles, host of the Ryder Cup last year and the G8 summit in 2005, has been sold to Ennismore, the owner of the designer-budget brand, the Hoxton, in a surprise move 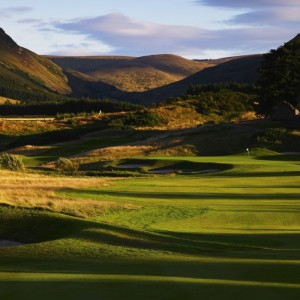 The sale is the latest in a long line of major golf club sales to have been sold in the last 18 months - joining the likes of Wentworth, Turnberry, Fairmont St Andrews and Lough Erne Resort, which were all sold in 2014, and The Belfry, which was sold in 2012. The five-red-AA-star, 232-bedroom Gleneagles hotel in Auchterarder, Perthshire, had been placed up for sale shortly after the 2014 Ryder Cup with a guide price of more than £200 million. Ennismore is believed to have outbid rivals, including KSL Capital Partners, owner of The Belfry, to secure the trophy property, which has been bought from drinks giant Diageo for an undisclosed sum.

Sharan Pasricha, founder and chief executive of Ennismore, said: "We are delighted to be acquiring the iconic Gleneagles hotel, which is one of the world's most prestigious and recognisable venues.

"We plan to operate Gleneagles as a standalone business - alongside the Hoxton - to ensure that its management team can preserve the special appeal of this Scottish landmark."

Ennismore will retain the existing Gleneagles management and workforce, headed by managing director Bernard Murphy, while investing a significant figure across the 850-acre estate comprising three golf courses, the two-Michelin star restaurant Andrew Fairlie, and the rpa by Espa with 18 treatment rooms.

Pasricha also pledged to retain the distinctive Gleneagles culture, service and brand established over its 91-year history: "We will be proud guardians of this asset, ensuring that the service-levels and visitor experience for which Gleneagles is renowned are preserved and enhanced in the years to come," he said.

For the full article, visit www.golfclubmanagement.net.