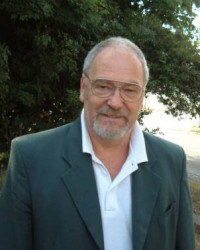 Glenn had worked for Lloyds for over 45 years. He started work with the company aged just 16. His first job in the company was that of office junior in the sales department which was followed by various roles within the company including warehouse manager before moving to the board and taking up the role of customer services director, a role he held for some 20 years until his untimely death.

In his youth outside of work Glenn was a keen amateur footballer from which he later went into refereeing, but his first passion was music. Having collected records since a teenager Glenn's heroes included Roy Orbison and Willie Nelson. His other passion was his dogs with which he enjoyed walking and holidaying in the West Country.

Clive Nottingham, Managing Director of Lloyds, said "Glenn had worked at Lloyds for so many years that he was known by many not just as a colleague but as a friend as well, he will be sadly missed"