0 Globalising the Game of Cricket

With the smack of leather on willow evoking images of long afternoons spent on village greens and an international field dominated by former British colonies, cricket has, for years, remained a sport synonymous with Englishness. However, thanks to the work of the ICC, the game is expanding its horizons.

In 1997, the ICC launched a dynamic development programme which, now backed by soft drinks giant Pepsi, is aimed at making cricket a truly global sport; fostering the game in the ICC's existing Associate and Affiliate Member countries and attracting new members. Since the inception of the Pepsi ICC Development Programme, ICC membership has more than doubled - there are now 105 member countries comprising 10 full, 35 associate and 60 affiliate members.

Attracting new members to the global cricketing community is only part of the plan. The goal is to deliver sustainable growth through the provision of education (including coaching, umpiring and administration), equipment, resources and promotional materials, facility development, elite player progra

mmes and the coordination of regional tournament structures for men, women and junior players. To meet this comprehensive set of objectives, distinct regions have been established; namely Africa, Americas, Asia, East Asia-Pacific and Europe, each staffed and led by a regional development manager.

Competitive play between member nations is already established. In addition to the ICC's four day first class competition, the Intercontinental Cup, the ICC's World Cup Qualification structure, the Pepsi ICC World Cricket League (WCL) offers all ICC Associate and Affiliate members the opportunity to compete in the World Cup every four years, with regional qualifiers feeding into eight global divisions. In addition to the World Cup, all member countries now have an opportunity to qualify through to the World Twenty20; the newer, shorter format of the game.

In 2010, the ICC set up a Development Programme Facility Fund (DPFF) to aid the development of major facility projects in targeted ICC Associate or Affiliate Member countries. Eligible members have the opportunity to apply for assistance through the DPFF with certain requirements being met; including a cost-sharing model that will require no more than 50% of a project's total value to be covered by this fund. Additionally, only project applications that provide a strategic and sustainable benefit to cricket within the 'developing' cricket world will be eligible for DPFF support.

ICC assistance for smaller facility development projects will continue to be available, separately, via ICC's Regional Programmes; for which only ICC member countries can apply - details on the application process can be obtained by emailing enquiries@icc-europe.org. 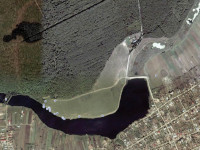 Richard Holdsworth, ICC Regional Development Manager for Europe explained; "It is so important that playing and training facilities match the needs of our elite players, particularly in our high performance countries, who are now playing regular full one day internationals and T20 internationals, as well as the first-class four-day Intercontinental Cup competition.

"This is why we are working closely with Total Turf Solutions, who can help advise our members in technical design and implementation. They are currently working on a very exciting project with Cricket Ireland and Malahide Cricket Club in Fingal, where a new one day international ground is being created within the existing ground. This will allow the Ireland team to play in front of larger crowds when the likes of England and Australia visit Dublin.

"Over the next five years, we will see a large number of new ground developments which are crucial to the further development of the game in our thirty European member countries. Good grass pitches, net facilities and outfields are integral to developing players; especially the more talented who are now being selected for their countries in ICC events all over the world"

Where any sport is played to an international level, standards have to be set to ensure fair play - and the Pepsi ICC Development Programme is no exception. New grounds have to be designed and specified to meet a strict set of criteria.

TTS is ICC Europe's sole technical partner for the design and specification of playing surfaces for its Pepsi ICC European Development Programme. Here, we look at two projects; Malahide CC in Dublin, Ireland and Moara Vlaslel in Romania, where TTS is working with contractors on the design and build of ICC-funded international standard cricket grounds.

At Malahide Demesne Regional Park in North Dublin, in the grounds of the historic Malahide Castle, a €700,000 project, joint-funded by the Irish Government and Cricket Ireland, is underway to create the Republic of Ireland's only international-standard cricket ground and the 'home of Irish cricket'. An application to ICC for DPFF is underway and this will create a world class facility. TTS was appointed, following an e-tender process in August 2010, and is working in a design and consultancy capacity with regard to the construction of the playing surface, alongside contractor Sportwork.

The aim of the overall scheme is to produce a One Day International standard ground alongside a second ground with a four pitch square, plus synthetic pitch and updated net facilities.

- Due to the historic nature of the site, TTS has had to work with the county archaeology department with regard to the earthmoving on an ancient site

- The site also has a large number of trees; all of which have had to be protected during groundwork and construction phases

- The club set the criteria that it must be able to continue playing cricket during works, which has provided a set of challenges in its own right

Now well into the second phase of this project; the first phase, which involved the construction of an 11-pitch international standard square in the outfield of Malahide CC's existing ground, was specified and monitored by TTS and completed in autumn 2009.

The second phase is set to start with earth moving on the second ground in July 2011. Work will then move onto the International ground, once the club has finished play for the season in August 2011, and seeding for all areas of the new ground is planned for completion in September 2011. 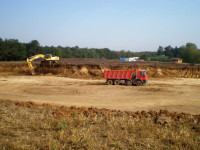 The project is being run by Cricket Romania, a body set up in 2006 to promote the game throughout the country, with TTS awarded the contract for consultancy, design and project management on recommendation from ICC Europe. The team is now working closely with Cricket Romania Chief Executive, Rangam Mitra, who is coordinating the project and local contractors.

The aim of the overall project is to produce a One Day International standard ground ,with an eight pitch square to give Cricket Romania a centre for developing cricket in the country. The location for the new ground is at Moara Vlaslel (approx 15km outside Bucharest); it is a particularly beautiful site set on the edge of a village with a mature oak wood to the rear and rolling down to two lakes.

- Particular attention been paid to the design of irrigation and drainage, as the Romanian government has very high standards for water entering water courses and the extraction of water for irrigation 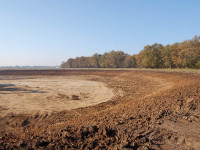 - A Romania-wide search was undertaken, with the help of the Government Agricultural Department, to find a suitable cricket loam - after over a year of searching, an appropriate soil, with a breaking point of 85kg, has been sourced

- As well as monitoring the project, TTS is guiding the contractor, which has no previous knowledge of cricket ground construction. meaning the company is likely to get far more involved than usual with the physical construction of the square

Considerable earthmoving work, including the construction of a retaining wall, has been completed. However, due to poor weather in autumn 2010, drainage, irrigation and the installation of the square will be completed in Spring 2011 with the aim of sowing in April.