by Elizabeth Henry
in Chemicals & Fertilisers
on 07 Jun 2016

European Commission experts have once again failed to reach a decision on whether to reapprove the license for glyphosate, the world's most widely-used weedkiller 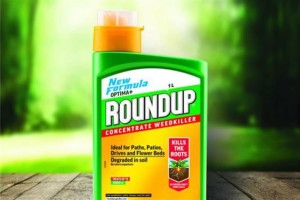 The European Commission's Standing Committee on Plants, Animals, Food and Feed met yesterday (6 June) to decide whether or not to renew the authorization of glyphosate, the active ingredient in the herbicide Roundup.

However, as with the previous two meetings, no decision has been reached - despite the length of the proposed license being cut from 15 years to just 18 months.

The vote has now been postponed to the end of June before an appeals committee.

If glyphosate's license is allowed to expire on June 30, manufacturers will have six months to dispose of their remaining stocks.

"ECPA shares the sentiment voiced by Commissioner Andriukaitis last week when he said decisions should remain based on science, not political convenience. ECPA frequently hears politicians proclaim Europe has the safest food safety system in the world: with this decision all they do is cast doubt on that system, and create fear and confusion amongst Europe's consumers: the very people the system is designed to protect.

"Failure to re-approve glyphosate would have significant negative repercussions for the competitiveness of European agriculture, the environment, and the ability of farmers to produce safe and affordable food."

In response to the outcome of the EU Standing Committee meeting on glyphosate, Philip Miller, Monsanto's vice president of global regulatory and governmental affairs, issued the following statement:
"The European Union's risk assessment on glyphosate has been one of the most thorough evaluations of an agricultural product ever conducted. The risk assessment conducted by the rapporteur member state, Germany, and reviewed by the European Food Safety Authority (EFSA) included more than 90,000 pages of data and 353 studies that had not been part of prior EU reviews. The assessment considered the best available science and concluded that glyphosate poses no unreasonable risk to human health or the environment.

"Monsanto joins with European farmers and other stakeholders in reinforcing the strong safety conclusions on glyphosate by regulatory and scientific bodies in Europe and around the world. Under the EU regulatory framework, glyphosate should be renewed for a full 15 years on the basis of EFSA's scientific conclusion. Further delays in this process represent a significant deviation from the EU regulatory framework and set a concerning precedent for other active substances. Regulatory decisions should be based on the best available science."

On Friday (3 June) all four of the UK's national farming unions wrote an open letter to the European Commission warning policymakers not to let "political bargaining" drive their decision making process.

It called for elected officials and policymakers to respect the regulatory process and reapprove glyphosate.

The unions claimed the saga had "severely damaged the credibility of the European Food Safety Authority".

"It is deeply worrying that a decision that has very real consequences on millions of peoples' everyday lives is the subject of political bargaining. We urge a return to evidence-led policymaking that is insulated from political swings and based on fair scientific risk assessment."

A qualified majority was required for today's vote to pass, meaning 55 per cent of EU countries must vote in favour, representing at least 65 per cent of the total population of the EU.

Although 20 of the 28 member states represented agreed to approve the license, seven countries (believed to be France, Germany, Italy, Portugal, Austria, Greece and Luxembourg) abstained from the vote, while Malta voted against approval, meaning a qualified majority was not reached.

Meanwhile the European Chemicals Agency (ECHA) has opened a public consultation on the classification of glyphosate. ECHA is responsible for managing the harmonized classification process for chemical substances.

Its initial proposal says that "based on the epidemiological data as well as on data from long-term studies in rats and mice, taking a weight of evidence approach, no hazard classification for carcinogenicity is warranted for glyphosate".

The public consultation is now underway with the deadline for comments on 18 July.