0 Glyphosate not classified as a carcinogen by ECHA 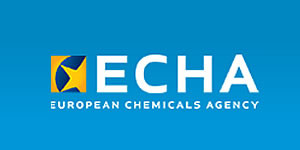 ECHA's Committee for Risk Assessment (RAC) agrees to maintain the current harmonised classification of glyphosate as a substance causing serious eye damage and being toxic to aquatic life with long-lasting effects. RAC concluded that the available scientific evidence did not meet the criteria to classify glyphosate as a carcinogen, as a mutagen or as toxic for reproduction.

RAC assessed glyphosate's hazardousness against the criteria in the Classification, Labelling and Packaging Regulation. They considered extensive scientific data in coming to their opinion.

The committee concluded that the scientific evidence available at the moment warrants the following classifications for glyphosate according to the CLP Regulation:

RAC concluded that the available scientific evidence did not meet the criteria in the CLP Regulation to classify glyphosate for specific target organ toxicity, or as a carcinogen, as a mutagen or for reproductive toxicity.

The adopted opinion will go through a normal editorial check before it is sent to the European Commission. The opinion will also be made available on ECHA's website at the same time.

The adopted opinion on the harmonised classification for glyphosate will be taken into account when the Commission and Member States consider whether to renew the approval to use glyphosate as an active substance in pesticides, later this year.

Apart from the published studies on glyphosate, the committee also had full access to the original reports of studies conducted by industry. RAC has assessed all the scientific data, including any scientifically relevant information received during the public consultation in summer 2016.

RAC had a first discussion on glyphosate with stakeholders at its 39th meeting in December 2016.

RAC provides an independent scientific opinion on the hazard classification of the substance. The classification is based solely on the hazardous properties of the substance. It does not take into account the likelihood of exposure to the substance and therefore does not address the risks of exposure. The risks posed by exposure are considered for example when deciding whether to renew the approval of glyphosate as a pesticide in accordance with the EU's Plant Protection Product Regulation (Regulation (EC) N° 1107/2009).