Glyphosate has attracted a great deal of attention in recent months, largely as a result of the reports that identified it as a possible carcinogen 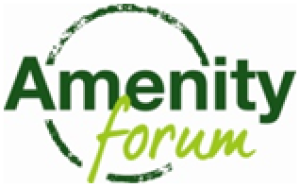 With the 30th June fast approaching, if Glyphosate's license is allowed to expire, manufacturers will have six months to dispose of their remaining stocks.

This brief note from Chairman of the Amenity Forum, Professor John Moverley OBE, seeks to summarise the current position:

"Before coming to market, any chemical for use in weed, pest and disease control has to go through an extensive approval process under EU regulations which considers every aspect of the safety of the product and the risks of using it as well as its effectiveness. Indeed the process is much more thorough than that applied to many other products such as cleaning agents for example. If approved, the product has to be reviewed on a regular basis and certainly within a set time period. This process is overseen by the EU pesticide review programme.

Glyphosate was already due for review when the stories relating to its possible carcinogenic effects were publicised. The German regulatory authority took the initial lead in assembling all the information, consulting experts, commissioning research etc. Earlier this year, both the German regulatory authority and the European Food Safety Authority (EFSA), concluded that glyphosate was safe to be able to be continued to use. The EU review was extended/broadened from its original schedule to include a review of the IARC work which first raised the possible carcinogenic link but this did not result in any changes to the EU's findings. So, on the basis of all known facts, we can at this point in time say that, even the extremely conservative/precautionary EU regime views glyphosate as being able to be used without unacceptable risks to people or the environment.

The final stage of the formal process is for national experts sitting on the Standing Committee on Plans, Animals, Food and Feed (Phytopharmaceuticals Section) to vote to adopt or reject the Commission proposal by at least a qualified majority. They met earlier in the year but decided not to take to a vote given other business. This week they voted on the matter but were unable to confirm a decision. Whilst it is understood that only one country voted against, there were a number of abstentions which made the rules for a qualified majority not possible. The UK voted for re-approval. The matter is now to follow an appeal process.

The challenge for the EU is that the full process of review, agreed by them, has recommended re-approval and not to confirm that decision could lead to legal challenge. This is especially pertinent as failure to make a decision by the end of June would mean that glyphosate could not be used after that date, having significant implications not least financial to operators and the public. It needs stressing that the formal agreed review process has shown glyphosate to be safe for use.

There have been recent debates in the EU Parliament and elsewhere expressing a range of opinions on both this and pesticide use generally. However it is important to always look at these matters based upon the science and evidence. Nobody could support unsafe use of chemicals but, as described, a due process of review for glyphosate has been thoroughly undertaken and declared it safe.

Our view is that all decisions should be based upon the science and evidence; the established review process conducted has been very thorough and rigorous whilst followed correctly and meticulously.

The Amenity Forum is the voluntary initiative for the amenity sector recognised by Government which promotes best practice and an integrated approach to weed, pest and disease control and ensuring all methods and options are considered for any specific situation.

Pesticides, including glyphosate and others, used correctly and according to recommendations are important elements in ensuring safe and sustainable amenity areas and proper control also results in significant environmental benefits."

John goes on to say:

"The continued uncertainty surrounding re-approval is very damaging to the sector creating uncertainty to customers and operators alike. This is doubly so when it is known that the very rigorous review process has concluded the product as safe to be used and continuing political issues appear to be creating the remaining difficulties. Failure to approve can only lead to legal challenge and more costs for all concerned.

The Forum recognises the UK position was to vote to re-approve. We only hope that a solution can be brokered in Europe before June 30th and a solution found to this very difficult situation, with its implications for the sector and the public as a whole. Not least a factor is that not being able to use glyphosate as part of an integrated weed control programme will inevitably increase costs significantly. The impact is not just on public amenity areas but home and garden which use glyphosate in products for weed control"