by Matthew Appleby
in Chemicals & Fertilisers
on 09 Feb 2016

0 Is glyphosate the most used herbicide?

Monsanto's Glyphosate is now the most heavily used weedkiller in history - nearly 75 per cent of all Glyphosate ever sprayed on crops was used in the last 10 years, a new report has found. 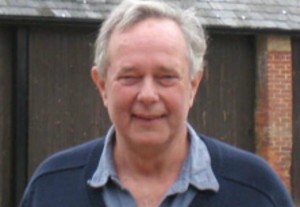 A new paper out on 2 February 2016 published in Environmental Sciences Europe, confirms there has been an increase in the total volume of glyphosate applied to crops across the world.

The paper, Trends in glyphosate herbicide use in the United States and globally, Charles M. Benbrook, reveals that globally, glyphosate use has risen almost 15-fold since so-called "Roundup Ready," genetically modified (GM), glyphosate-tolerant crops were introduced in 1996. Over 70 per cent of the total volume of glyphosate sprayed world-wide over the last 40 years (1974 to 2014) has been sprayed in the last 10 years.

Peter Melchett, policy director at the Soil Association said: "This research reveals that Monsanto's Glyphosate is now the most heavily used weed-killer in history, and use is sky-rocketing - nearly 75 per cent of all Glyphosate ever sprayed on crops was used in the last 10 years. This huge increase in chemical spraying is what we can expect if GM crops are ever grown in England. As well as being identified as a probable human carcinogen, the research notes that recent studies have made the connection between glyphosate exposure and a number of serious health effects as well as cancer, including the degeneration of the liver and kidney, as well as non-Hodgkin lymphoma. The research rightly questions the safety of using Glyphosate on crops destined for people to eat just before they are harvested - a growing practice in the UK, which must end."

Monsanto said: "Consistent with his previous papers, the latest from Charles Benbrook, titled "Trends in glyphosate herbicide use in the United States and globally," omits important context and significantly misrepresents the safety of glyphosate-based herbicides. Unfortunately, the result will no doubt be another wave of unwarranted confusion and concern among consumers about an agricultural tool with a 40 year history of safe and effective use.

"Most importantly, glyphosate safety is supported by one of the most extensive worldwide human health, crop residue and environmental databases ever compiled on a pesticide product. In evaluations spanning four decades, the overwhelming conclusion of experts worldwide has been that glyphosate, when used according to label directions, does not present an unreasonable risk of adverse effects to humans, wildlife or the environment. Indeed, the overall safety profile has contributed to the increased adoption of glyphosate-based herbicides around the world."