0 Glyphosate: Voices for and against

North of the Equator, spring is almost here, and, once again, the title of a book comes to mind: Silent Spring, a key text published by Rachel Carson in the early 1960s. In this book, which took her four years to write, Carson explores the environmental consequences and effects on human health of using pesticides in agriculture. One was DDT, produced by Monsanto and used to combat malaria-spreading Anopheles mosquitoes. 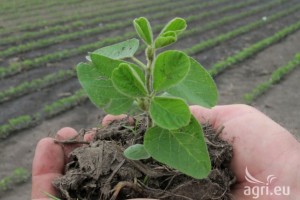 Initially it was believed that DDT was harmless to humans, and its inventor, the Swiss chemist Paul Hermann Müller, was even awarded the Nobel Prize in Physiology or Medicine in 1948. If it was eventually banned in the United States (in 1972) and then elsewhere,

It was thanks largely to Carson, who had the courage to assert her opinions and carry out her research, despite a vicious campaign conducted against her by the chemical industry-led by Monsanto, Velsicol and American Cynamid-and supported by the US Department of Agriculture.

That story is still relevant today, because like a broken record, history keeps repeating itself, and some of the same names keep coming up. Monsanto no longer makes DDT, but it still sells Roundup, the world's most popular non-selective herbicide.

Roundup's "recipe" includes a chemical compound, glyphosate. Since 2001, after Monsanto's production patent expired, glyphosate has also been used by other companies. And just like DDT in its time, a heated debate about glyphosate's safety is currently on-going.

Last year, in March, the International Agency for Research on Cancer classified glyphosate as probably carcinogenic to humans. The research caused a stir, in part because it was not the work of a single scholar-like Carson in the 1960s or, more recently, Gilles-Éric Séralini,

whose research has also attracted fierce criticism-but of the highest global authority in the field of oncological research, produced by a team of 17 experts, and was published in the authoritative journal The Lancet Oncology.

The response of Monsanto-which insists that glyphosate is safe-was swift to follow. Recently other agencies have also backed up the claim that it is harmless, such as the European Food Safety Agency, whose evaluation did not take the IARC's conclusions into account.

This is the back story, from the distant and not-so-distant past, but there are important developments going on at the moment that require careful consideration.

On January 21, the members of the European Parliament's Environment Committee asked the European Commission to block new approvals for the import of three types of genetically modified soya, primarily destined for animal feed,

expressing concern over glyphosate resistance and the authorization process. During a plenary session on February 3, the Parliament confirmed its opposition to GMOs with over 400 votes in favor.

The European Commission continues to want to authorize GMOs that present a potential risk to health and the environment, as the World Health Organization has pointed out.

Commissioner Vytenis Andriukaitis hides behind a scarcity of sufficient data about the risks, but it is precisely this lack of scientific certainty that should prompt the Commission to ban their introduction, not encourage their spread.

Pesticide Action Week will be held from March 20 to 30, and this year will be focusing on the impact of pesticides to human health and the need to find alternative solutions, so that agriculture can be kinder to the environment and less risky to our health.

In the coming months, the European Commission and member states will rule on the use of glyphosate in the EU, renewing its authorization before June 30-when the current authorization expires-without awaiting the publication of another authoritative opinion,

from the European Chemicals Agency, due in 2017. The war is not yet over, and this battle, just as in the past, is between those who call for a return to a cleaner agriculture and the multinational chemical manufacturers.

For the orginal article, visit agri.eu