0 Golf club staff tied up and threatened with gun

Staff at Blackwell Range Golf Club in Durham have been tied up and threatened with a shotgun and a hammer by armed robbers. The two masked men struck on Saturday, September 23, and escaped with cash from the club.

Three employees, including at least one barmaid, were warned they would be shot in the legs if they did not co-operate. They are currently recovering from their ordeal.

The staff were closing up the club at about 10.15pm when the raiders struck. It is not clear how much cash was taken.

Durham Constabulary posted a statement on its Facebook page from Detective Sergeant Stew Walker, from Darlington CID, which said: "Crimes of this nature are extremely rare.

"Nobody sustained any injuries during the incident and the victims are currently being supported by specially trained officers. 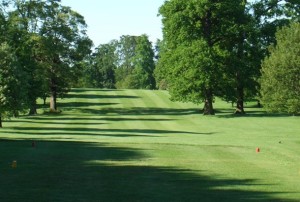 "I would like to appeal for anyone with any information to come forward."

The club's general manager, Ian Knight, said: "Everyone is OK but it has clearly been a very frightening ordeal."

"It was a shock when we found out," said one golfer. "But it is business as usual for us - we are just here to have a good round."

Members of the local community appear to be more shocked with dozens leaving comments on the story on the online version of The Northern Echo. One wrote: 'This is really bad! How much did they think they could get at a golf club? Day's takings maybe? I don't think so as much is paid by credit card! This is the sort of risk that criminals don't easily take! Quite a gamble for such a low reward? I think they have watched the place over the weeks!'

This is the second incident the club has been involved in this year. In July vandals set the pro shop on fire in an apparently motiveless attack, causing at least £30,000 of damage. Also, in 2013, the words 'Go to Hell' were sprayed in weed-killer across the club's greens.

In the same year the club acquired the municipal Stressholme Golf Course and relocated to it, as part of a £1m land swap deal with Darlington Borough Council, which bought 24 acres of the club's former land, with the view of selling it to a housing developer.