by Andrew Nowell
in Golf, Renovations & New Builds, and Industry News
on 18 Mar 2017 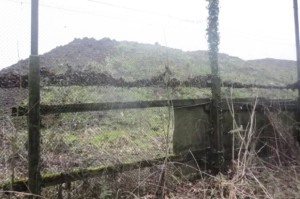 Residents angry at the neglect of Beacon Park Golf Course in Upholland, between Wigan and Skelmersdale, are preparing cases to send to the Information Commissioner and the National Audit Office (NAO).

Campaigners say West Lancashire Borough Council (WLBC) has given different responses to the same questions asked about landfill royalties through the Freedom of Information Act (FOI). The NAO is also being involved in the financial issues at the course at the suggestion of West Lancashire MP Rosie Cooper.

Golfers are furious that Serco, working with West Lancashire Community Leisure, have turned the driving range into a mountain of landfill rubble, with the pile now reportedly higher than the buildings. Members' fears over fate of their golf club The area is supposed to be transformed into a footgolf course, but the scale of neglect means people are now sceptical it will be completed due to the massive amount of work required. One golfer, who asked not to be named, said: "The level of landfill is now over the clubhouse, it's like a mountain. I would like to know how they are going to play footgolf there. Are they going to put in a chairlift?"

Local campaigner, Alan Lenton, is preparing the cases and says he has serious concerns about the handling of the course in recent years. He says those in charge backtracked on previous answers to the question of landfill royalties after being put on the spot at a public meeting.

However, WLBC strongly denied any wrongdoing, saying the royalties information was held by Serco, but they would not disclose it due to commercial interests and both Serco and the leisure body have independently-audited accounts.

The council also said no more material would be brought on site and work on new facilities will progress.

You can read the original article from Wigan Today HERE