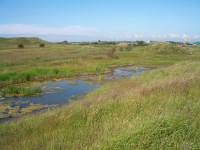 Golf courses have a role to play in providing sanctuaries for threatened birds and other wildlife, according to the RSPB and golf's governing body, the R&A.

In the past golf courses have been criticised by green groups for excessive water, pesticide and fertiliser use but a new joint publication, Birds and Golf Courses: A Guide to Habitat Management, marks a change in attitude by the industry.

The publication highlights golf courses across the UK where wildlife friendly measures have been a success, and aims to help golf clubs do more for birds and other wildlife.

"Golf courses may have gained a bad reputation, perhaps not always justified, amongst environmentalists in the past but that is changing," says the RSPB's Nigel Symes, who co-wrote the publication.

"The truth is that every golf course has potential to be a sanctuary for wildlife, and to provide an important stepping stone for birds and other animals whose habitat is under threat. Whilst researching this report we have come across a lot of inspiring examples of golf clubs which are doing really great things for wildlife.

"We would now like more golf clubs to look at what they can do for skylarks, woodlarks, corn buntings and all kinds of birds. Planting native plants like heather and creating reed beds and hay meadows as well as reducing pesticide and fertiliser use can all make a big difference."

Across the UK there is 140,000 hectares of rough and out-of-bounds areas on golf courses which could be managed for wildlife. This is the same sized area covered by all the RSPB's UK nature reserves. 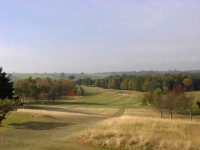 "For most golfers part of the enjoyment of a game is getting out of the rat race for a while and enjoying the wildlife," says Steve Isaac from the R&A. "Often some wild bird song as you walk around the course can more than make up for a poor game of golf.

"There has been a growing awareness over the past decade or so in the sport that courses need to do more for wildlife. While there are some Greenkeepers who put more water and pesticides on their courses than we would like, there are many golf clubs who are managing habitats for wildlife on their land."

One golf course owner who is blazing a trail for wildlife is Paul Stevenson, from New Malton Golf Club in Hertfordshire. As well as cutting down on chemical and water use he has used the 40 hectares of out-of-bounds areas on his course to create habitats for birds and other animals. 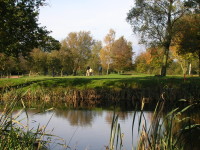 "We have a thriving group of herons and a large number of woodpeckers here and it's something our members love to see," he says. "We even have a contingent of customers who come along early in the morning to play when the wildlife is at its most active and they then come and tell us what they've seen.

"I want to prove to the world of golf that you can encourage wildlife and reduce chemical use and still have a great course which makes a profit." 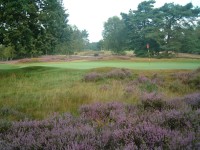 The book is available through the R&A website www.randa.org/node/13173