More than 200 golfers took part in a golf day to raise funds to support a two-year-old girl who suffered a stroke. 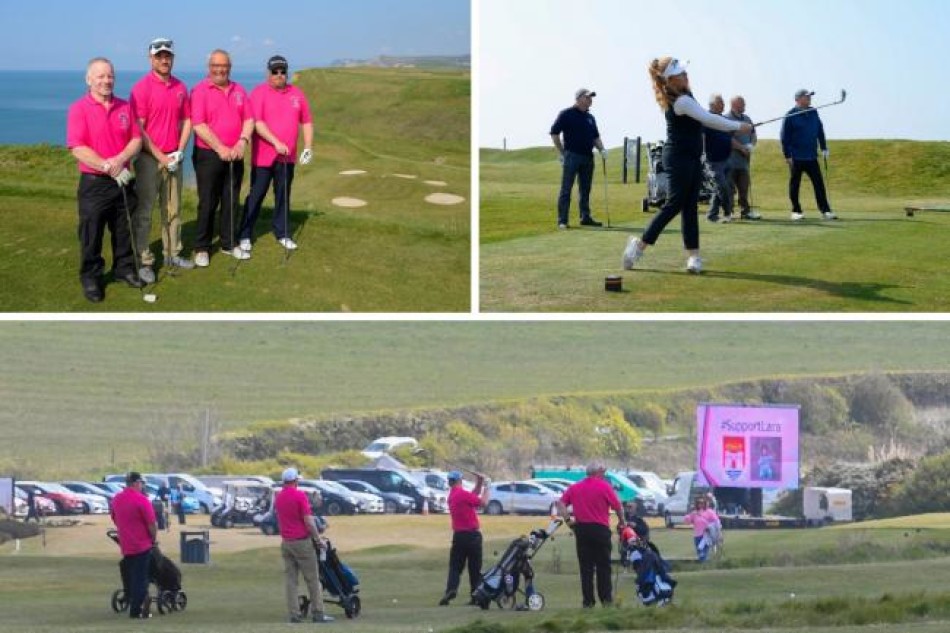 A fundraising golf day took place at Bridport and West Dorset Golf Club on Saturday, May 1 in support of Lara Symes and her family.

Lara - the daughter of Chris and Katie Symes - suffered a traumatic stroke at her Bridport home on Saturday, April 17.

Lara is currently undergoing treatment at Southampton Hospital and is expected to be there for up to three months. To complicate matters further the couple are expecting their second child over the next few days.

Chris is the greenkeeper at Bridport and West Dorset Golf Club, a role he has held for 14 years, so there is a strong connection between himself and the club's staff and members.

The event saw members take part in a golf competition, along with a raffle, a silent auction and a 'beat the pro' competition on the course's signature sixth hole, where members would try to best Sophie Keech, a professional golfer on the Ladies European Tour.

The final figure of the money raised is not known yet - but the club hopes that the golf day, alongside the JustGiving it launched for the same cause will raise up to £20,000 for the family. The final figure raised will be known soon after the silent auction closed on Sunday, May 9.

Andy Dennis, general manager of the golf club, said: "The event was a massive success; we have a really close working team, and all the staff came together to deliver a really special event for all who attended. The speed of the reaction from the club and all the staff to produce an event of this size especially working within the Covid-19 restrictions was mighty impressive. I would like to express my sincere thanks to all the members, visitors, volunteers, and staff that made this event possible."

"I am incredibly proud to be the General Manager of this outstanding and forward-thinking golf club. The club, staff, and I are incredibly grateful to the generosity of everyone that has helped support Lara and the family through this challenging time."

You can read the full article from the Dorset Echo HERE