0 Golf's great debate! Do you leave the rake in or out of the bunker?

Golf Magic teamed up with BIGGA to ask six greenkeepers at golf courses all over the country what their tactic was for rake storage around the bunkers when it's not in use. 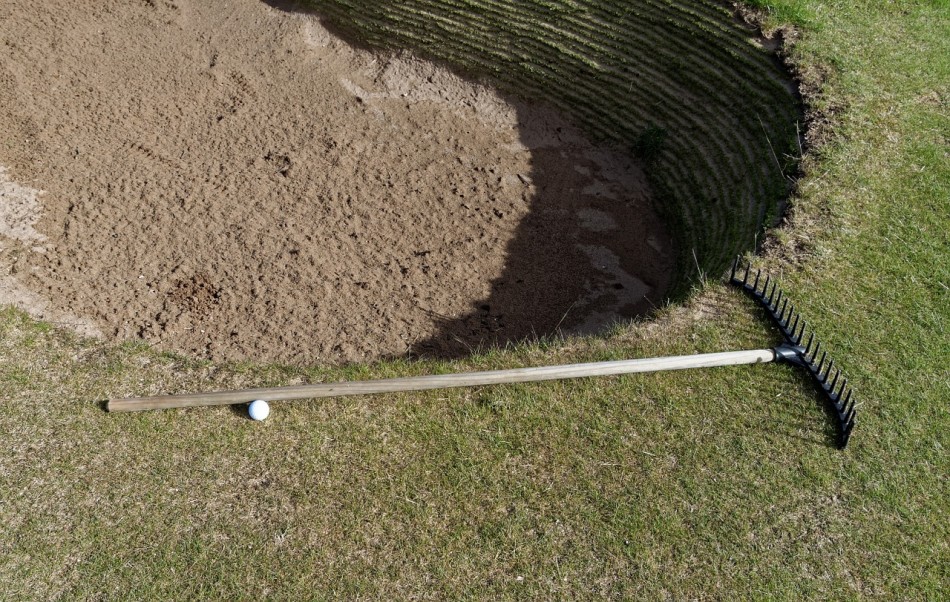 Image by Kevin Phillips from Pixabay

Should you place the rake inside the bunker, outside it, half and half? To the front? Behind? Or stood upright?! Here's what we found out, starting with Paul Larsen, host of 2019 Open venue, Royal St George's…

"However, for The Open we'll have volunteer greenkeepers from all over the UK who follow each match and rake bunkers whenever the golfers go into them. They're all members of BIGGA, the greenkeepers' association, and they're the reason you won't see any rakes lying around during coverage of The Open."

"At Parkstone we leave the head of the bunker rake inside the bunker with the handle resting on the lip. I feel that this saves time on maintenance as the operator doesn't have to stop and move rakes while cutting around the bunker." 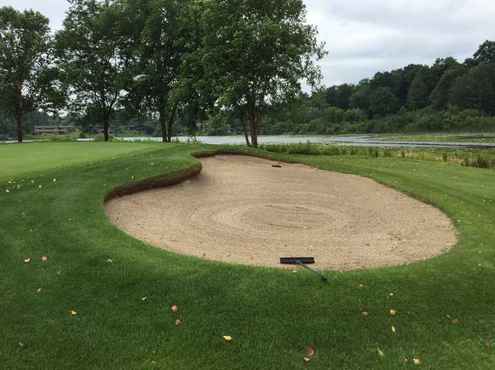 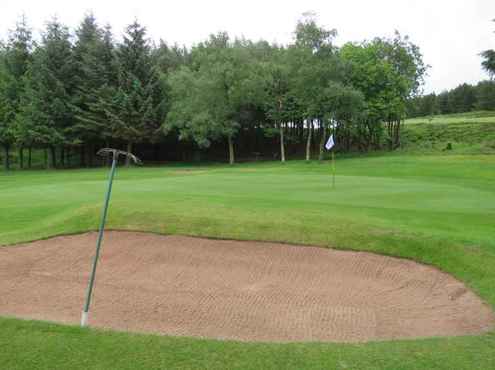 "We have our rakes stood up inside the bunker. The reason we do that is there are a lot of hidden bunkers on the course due to its topography and it gives a better indication to the golfers of just where these bunkers are."

"It also takes away the age-old question and debate about whether you should leave bunker rakes in or out of the bunkers as there is always a marked point for them to be returned to."

"We also believe that having them inside the bunkers helps with course maintenance efficiency as we are not always having to get off the mowers to move them." 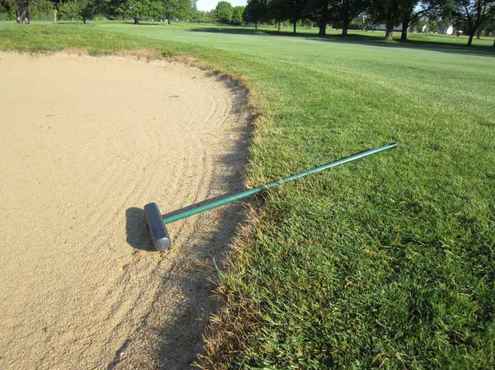 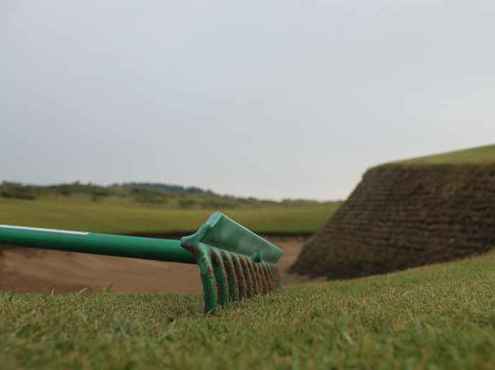 "We leave the bunker rake in the middle of the bunker, pointing towards the green. That way, there's less chance of it getting hit by a ball. That's the same in fairway and greenside bunkers."

"The reason we do this is because when the rake is in the middle of the bunker, it won't stop the ball landing in the side of the bunker and getting wedged. It's important for the ball to roll into the centre of the bunker as that gives the golfer a fairer challenge."

"Over the years our members have requested a variety of different options, including rakes on stands so the handle is off the ground or the rake standing vertically in a tube, so a ball doesn't come to rest against it. At the moment, we have the rake in the bunker with the handle sitting on the edge of the walk-in.

"That said, when we host England Golf of R&A events, they ask for the rakes to be placed outside the bunkers on the side away from play.

"All the above is great in practice, but the reality of it is that once the first few groups of golfers have played through the hole, the bunker rakes can literally be left anywhere. Inside, outside, anywhere!" 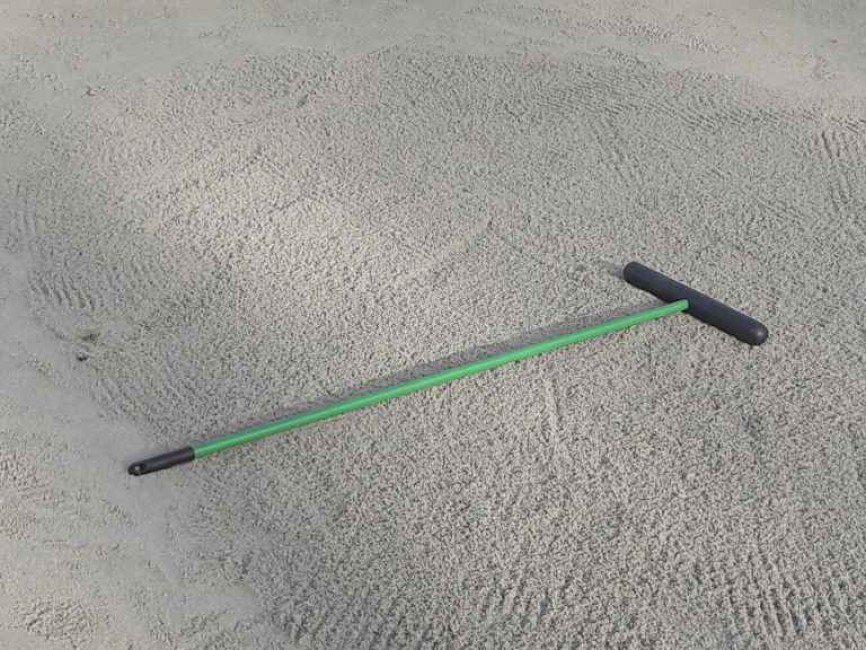 According to the course managers we spoke to, the ideal location to leave your rake is inside the bunker, as close to the centre as possible, with the rake pointing in a direct line towards the hole.

From a greenkeeper's point of view, leaving the rake inside the bunker helps them speed up maintenance around the edge of the hazard.

The important thing to do, though, is make sure you rake the bunker.