0 Golf’s participation drop may have finally hit a plateau

Two major surveys into participation in golf - which has fallen dramatically over the last decade - have both shown that in the last year the drop may finally have hit a plateau. 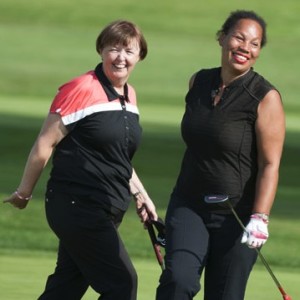 The sharp fall in the numbers of people playing golf is one of the main reasons why golf clubs have suffered economic woes in the last few years, with several closing down and predictions that many more will follow suit.

However, the research indicates that in 2014 the number of people playing golf was about the same as in 2013, the first time in several years that there has not been a significant fall.

SPORTS MARKETING SURVEYS (SMS INC) found that the number of golf rounds played in the UK actually rose by 3.5 percent from 2013 to 2014.

Meanwhile, Sport England's Active People Survey (APS), found that 730,300 people, aged 16-plus, played golf at least once a week in England from October 2013 to October 2014, a drop of nearly three percent from the previous year, with growth reported in the 55-plus age group. By contrast, the drop in participation from 2012 to 2013 was almost 12 percent. Research also indicates that 44 percent of clubs are now stable or are increasing their membership numbers.

"There is much still to do to achieve the growth that we all want to see, but it is very heartening to see indications that the downward trend in participation is slowing.

"This will provide great encouragement to those who care about the game. These figures reinforce the importance of maintaining our focus on golf clubs, encouraging more people to find the club membership model that suits them and encouraging members and non club members to play more often, to hit balls at the range, to squeeze in more six and nine-hole golf into their week and to enjoy the sport to the full.

"The biggest problem is the time it takes to play 18 holes, it's perceived as a barrier that we have to break through. Some private clubs are also struggling with the economies of golf, but many people accept there may be over supply of clubs at this stage.

"We must recognise that golf has a very special value in providing great healthy activity, competitive sport for people who are older and there are very few sports that offer what golf offers," he added

"But what the figures are also showing is that we are not meeting the needs of under 40s and so we need to better understand what they want."

Sandy Jones, the CEO of the PGA, added: "There is still much to be done to increase the participation rates within the game of golf, but we should take heart from the fact that the initiatives that have been put in place within the game are having an effect in arresting further decline in numbers."

Woburn Golf Club is an example of one venue that has launched a series of new initiatives to maintain high participation and improve access to the game.

The club ran an inaugural nine-hole foursomes tournament which partnered 38 beginners with established players - including father-and-son and husband-and-wife partnerships.

With the emphasis on the game being fun, Woburn went to the extent of replacing the standard four and a half inch hole cups with 15 inch beginner friendly hole cups on its shortened course for the event - the first major club in the UK to do so - while insisting that both beginners and regulars played with junior clubs.

As a celebration of the day's achievements, the event was followed by a barbecue and prize giving for players and their families, with entertainment provided by world trick shot champion Geoff Swain.