A disgruntled golfer banned from his local club was caught on CCTV poisoning one of the greens with weed killer. 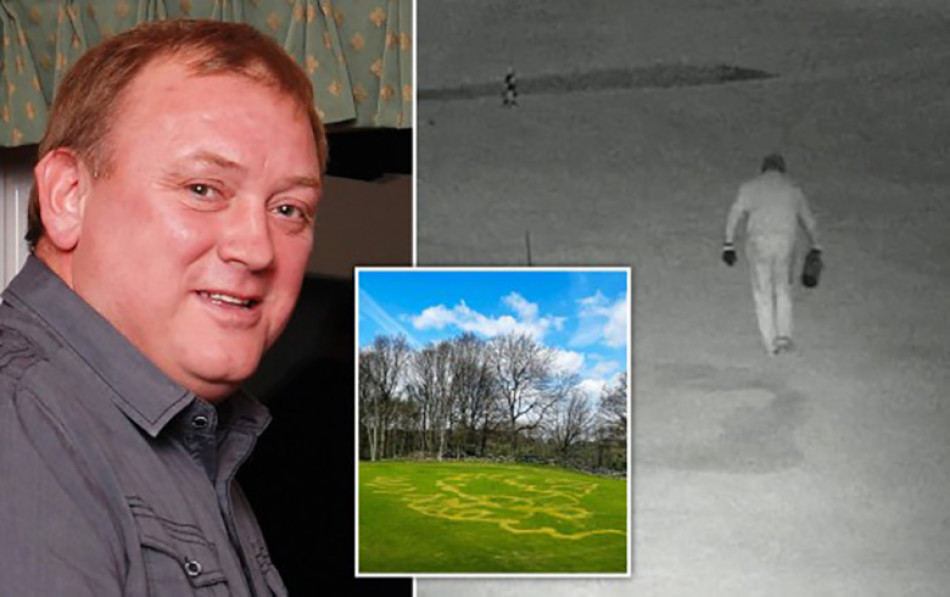 Glen Newton launched the revenge attack after being banned from the club (Picture: SWNS/Ben Lack)

Glen Newton, 55, was furious at losing his membership at Woolley Park Golf Club in Wakefield, West Yorkshire, last year after several run-ins with the owners over his behaviour towards staff.

He took revenge by donning a balaclava and sneaking on to the course with a watering can full of liquid glyphosate.

Leeds Crown Court heard the former miner poured it all over the pristine green on the third hole under cover of darkness on April 19 this year causing nearly £16,000 worth of damage.

Newton was caught red-handed by one of the groundsmen, who quickly drove over to confront him after seeing the attack on the CCTV monitor.

When he got there he collided with Newton, who slipped into the path of the vehicle during his attempt to flee.

The groundskeeper continued the chase on foot and managed to claw the balaclava from Newton's head while filming the pursuit on his mobile.

Newton was later arrested and pleaded guilty to criminal damage.

Charlotte Noddings, prosecuting, told the court Newton had 'issues' with the club owners and no other members wished to play golf with him.

Woolley Park Golf Club owner Philip Rowbottom, 61, said Newton 'was very annoyed with us after we didn't let him renew his membership'.

After that, he added, 'the greens started to suffer a series of attacks'.

The judge, Recorder Dafydd Enoch QC, described Newton as a 'difficult member' who had 'made a nuisance of himself and went too far'.

He told Newton: 'I do not know what possessed you to behave in that way. I'm sure there's two sides to every story, there almost always is.

'But the fact is you took the law into your own hands and in a completely planned and premeditated way, you decided you were going to seriously damage these people's green.

'You obtained the equipment and you disguised yourself. You caused great distress to the person who faced you.

'The result is that you did what you set out to do, which was to cause serious damage.'

Newton was given three-month jail term, suspended for 12 months, and was ordered to pay £10,000 compensation.

Speaking after the case, one of the club owners, Philip's son John Rowbottom, told Metro: 'I just hope we can draw a line under everything now.'