0 Golfers continue to play despite cliff collapsing on Dorset course

Golfers continued to play despite a cliff collapsing around their course. 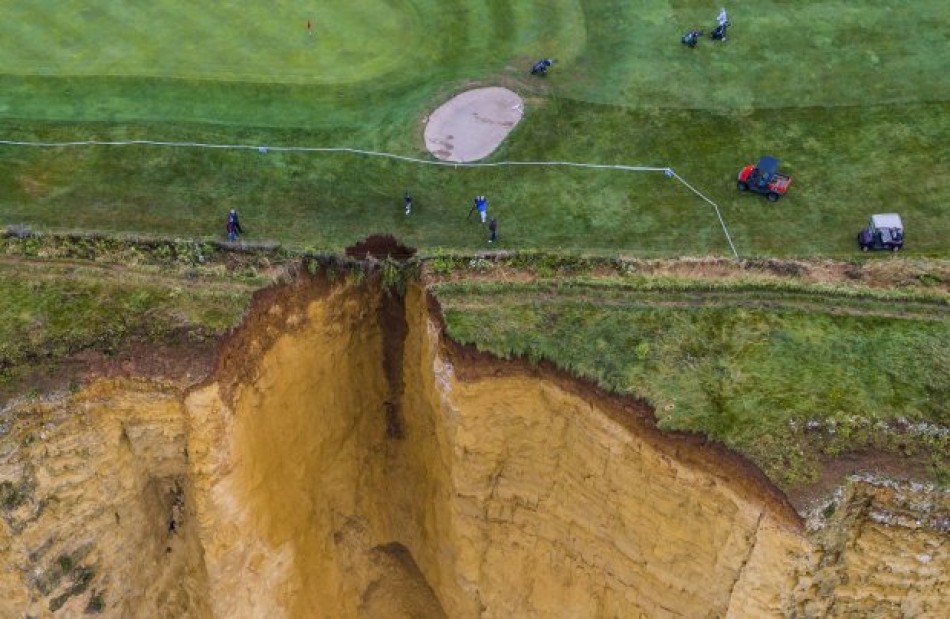 Around 2,000 tonnes of rock suddenly fell from the top of the famous Broadchurch cliffs at West Bay, Dorset, overnight.

Pictures showed a huge section of the cliff missing and a 50ft-high rock pile covering the beach.

It is was only seven yards from a green-side bunker on the 15th hole of the Bridport and West Dorset Golf Club.

But that didn't stop some of its members from playing a round.

'Right to the left of the 15th hole part of the footpath has completely gone,' said Laura Harrison, who works at the Bridport and West Dorset Golf Club. 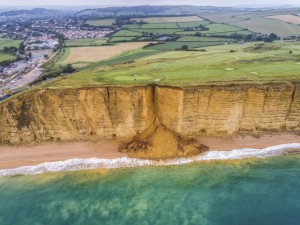 'Our green staff noticed it this morning and we have fenced that area off. It is very close to the bunker but golfers are still able to play the course as normal.

'We'll be holding meetings to discuss what changes we may have to make to the course.'

Experts think the landslip may have been caused when sandstone rocks were dried out by recent hot weather and then there was a surge of heavy rain.

Coastguards have urged people to stay away from the cliffs and have described the area as 'very unsafe'.

Dorset County Council said the beach would reopen once a cordon around the fallen rocks had been set up.

It added the South West Coast Path was likely to be closed for some time.

This cliff fall comes only two days after another collapse in the same location.