by Matthew Campelli
in Renovations & New Builds
on 12 Jun 2016 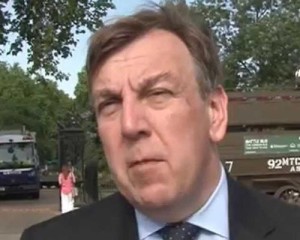 Talking in parliament this morning (9 June), the secretary of state for culture, media and sport John Whittingdale said the plan to build the 6,000-10,000-capacity stadium for the Cornish Pirates rugby team was something he was "committed to".

"I have already had two meetings with interested parties in Cornwall," he said. "I understand that good progress is being made and a draft planning application is going before the council. I hope that will lead to progress and that we will see commencement of work in the near future."

The development - which will also be the home of the Cornish Sharks american football team and Truro and Penwith College - is awaiting council approval, as well as the confirmation of partnerships with retailers who will invest in retail units which are being used to bankroll the project.

When built, the stadium will be home to the college's business centre, elite sport, hospitality and catering facilities, and will hold a 200-capacity conference centre.

In April, Cornish Pirates chair Ian Connell told the BBC that he was optimistic the facility would be built by June 2018.