by Sky Sports
in Synthetics, Schools & Colleges, Rugby, and Football
on 12 Dec 2016

0 Government under increasing pressure to curb use of 3G pitches 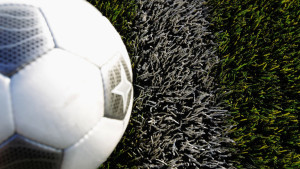 Pressure is growing on the Government to stop the building of 3G football pitches until more research is carried out into the chemicals contained in crumb rubber.

Sky Sports News HQ has a copy of a letter from a former NHS chief executive, Nigel Maguire, to Sports Minister Tracey Crouch, calling for immediate action to protect sportsmen and women, and in particular children, from potential dangers.

Maguire's son Lewis suffers from Hodgkin's Lymphoma, a cancer he believes his son may have because he played as a goalkeeper on synthetic pitches. Now he is calling for the Government to intervene immediately.

Earlier this month Eredivisie club Vitesse Arnhem became the latest Dutch side to stop using their 3G pitches while more research is carried out by the Dutch institute for public health and environment (RIVM).

In his letter Maguire calls for:

1. An immediate moratorium on the building of 3G Crumb Rubber Pitches.

2. Commission Public Health England to work closely with the Dutch authorities and undertake a review of all current research and literature and conduct a risk assessment.

While the Dutch government has launched an inquiry into crumb rubber, to date both the UK government and the FA have been adamant that the surfaces are safe.

A Government spokesman told SSNHQ: "Third generation football pitches are recognised as durable, safe, year-round playing surfaces, able to withstand intensive use and all kinds of weather. They mean more people can benefit from all the associated social and health benefits of physical activity.

"From time to time, concerns are raised in the media as to the safety or environmental risks associated with these pitches and their constituent parts, commonly the presence of rubber crumb. We take these concerns very seriously.

"We have monitored numerous independent scientific studies on this issue, none of which have identified a risk to human health and environmental safety as a result of 3G pitches and rubber crumb.

"DEFRA is the lead agency on this matter and is currently contributing evidence to an EU-wide study. Sport England will continue to work with them to remain at the forefront of research and therefore ensure the safety and wellbeing of people who use 3G pitches."

"The numerous scientific studies conducted by government agencies around the world, and undertaken by independent experts, have all validated the human health and environmental safety of 3G pitches and crumb rubber."

You can read the original article from Sky Sports HERE