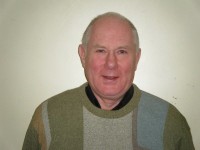 Graham Balmond has retired at the age of 65 having forged a career spanning forty-three years in the outdoor power equipment industry. Well known to many throughout the trade, Graham attended his first IOG Show at Motspur Park in 1968 and since then has only missed two exhibitions.

On leaving school Graham studied a toolmaking apprenticeship before joining Wolesley Web as design engineer. His hands-on approach to problem solving was a great asset when running service courses for the company. A later promotion to UK professional sales manager led him to travel across Europe visiting dealers.

Perhaps best known for his time with Industrial Power Units, Graham was instrumental in establishing a dealer network for Dori and Ferris machines, having originally joined the company as Sales Manager for Acme and JLO engines.

In 1994, his wealth of sales experience led him to join Simon Tullet Machinery as area sales manager covering Ireland, Wales and the south of England.

In more recent years Graham and wife Doreen took on the running and ownership of a public house, now sold - a venture which Graham set up whilst working as Business Development Manager for SGM Hire. The couple love to travel and now own a motor home with an 'SGM' number plate in sentiment of the happy times he spent working for that company.

Now in retirement, Graham Balmond reflects on good friendships and the camaraderie that is so much a part of this industry. "I still intend to visit the odd exhibition and would welcome calls from friends old and new on 07502087008 or g.balmond@btinternet.com"