by Football Foundation
in Football, Renovations & New Builds, and Synthetics
on 22 Jan 2019

Former Norwich City striker, Grant Holt was on hand to open a third generation (3G) artificial grass pitch (AGP) at Ketts Park Community Centre in Norfolk recently. Their new facility was made possible thanks to investment from the Premier League & The FA Facilities Fund, which is delivered by the Football Foundation. 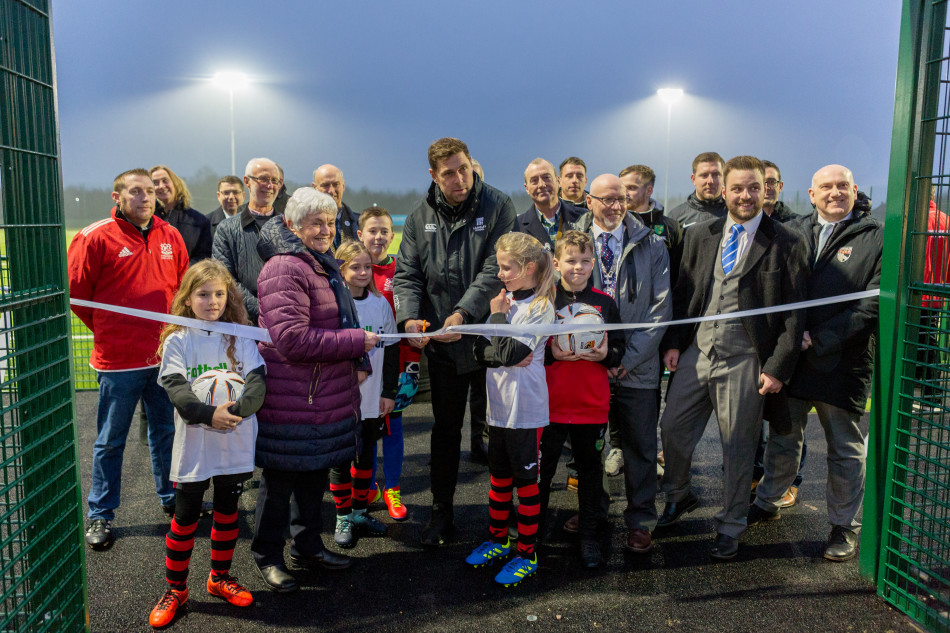 The grant enabled South Norfolk Council to install a new 106m x 70m floodlit 3G AGP alongside the existing natural grass pitches at the community centre. The new all-weather pitch will provide increased provision for the benefit of Wymondham Town United YFC as well as other football clubs in Wymondham and the surrounding areas.

The new pitch includes markings for 5v5, 7v7, 9v9 and 11v11 football and has been installed with floodlights to help increase capacity and availability of the facility. With no other full-size 3G AGP within ten miles of Ketts Park Community Centre, it is anticipated that local demand will be high.

South Norfolk Council were awarded a £394,292 grant from the Premier League & The FA Facilities Fund towards the project. The council worked alongside the Football Foundation and the Norfolk FA to compile a five-year Football Development Plan, which is a vision of how sport will be played on site with an emphasis on increasing participation.

The new surface is set to support an increase of over 1,150 people playing football at the site over the next five years, which represents a growth of 482%. Of this, significant growth in the number of women playing football is also anticipated, with 240 new participants expected.

Wymondham Town United YFC will use the 3G pitch as a training and matchday facility which will help the club grow from 16 to 22 teams. This growth will contribute to an additional 106 affiliated footballers playing in Norfolk.