A green-fingered volunteer who devotes many hours each week to his local grassroots football club has been named the North Riding FA's groundsman of the year. 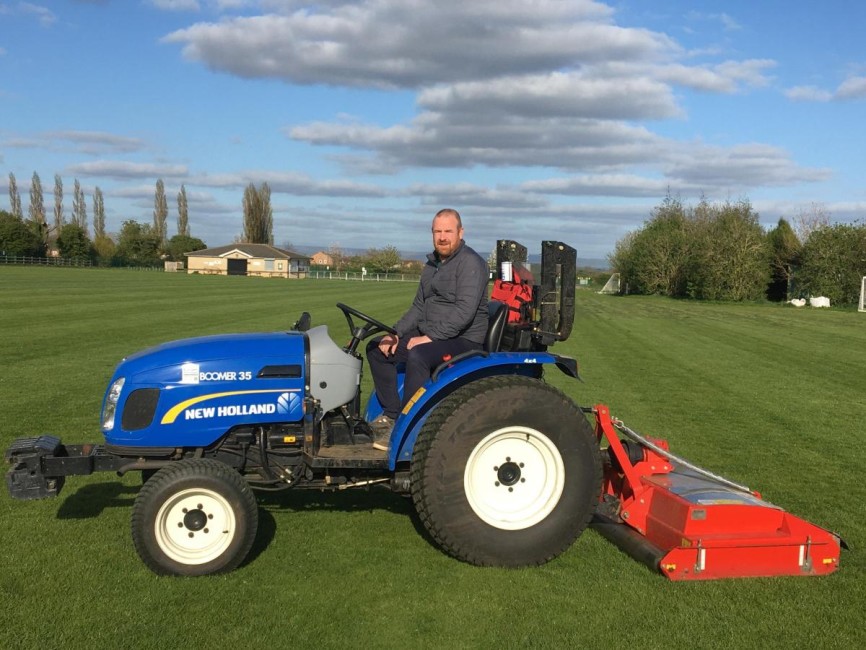 Steve Collins, who looks after Bedale Junior Football Club's pitches, was praised for his passion, enthusiasm and knowledge and will now go forward to represent the North Riding in the prestigious national final.

Steve, 38, who works as a supervisor with Aggregate Industries, has seen his groundskeeping duties double to ten acres in recent years after the club bought neighbouring fields and converted them to pitches to accommodate the growing number of boys and girls looking to join the club.

Judges visited Bedale's Vasstech Arena and other grounds across the North Riding throughout the season before reaching their decision.

In making the award, North Riding football development manager Andy Clay said: "We were extremely impressed with the ground, its overall appearance and the exceptional level of maintenance that it receives."What stood out the most though, was Stephen's passion, enthusiasm and knowledge and it was clear to see how much pride he takes in his work.

"I must also add that there was a sense of real teamwork and it was an absolute pleasure to meet and speak to all when we came over to visit."

As well as being home to 20 Bedale teams, the pitches are also used for district school events and coach education courses.

Earlier this season it was calculated that over 500 children had played football there in a single week.

Despite this heavy usage and the extreme rain over the winter, Steve's expertise ensured that - prior to Covid 19 - there was only one weekend all season where matches had to be cancelled, and that was due to high winds.

Steve said: "We take great pride in all the facilities we offer at Bedale and it's a great honour to receive this award. It's been a real team effort involving a superb bunch of volunteers who range from teenagers to pensioners."