0 Great British Bee Count: Back and better than ever in May 2015 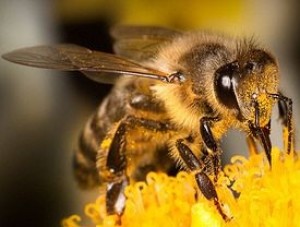 Organisers Friends of the Earth, B&Q and Buglife have been working with scientists to make this the world's biggest bee citizen science project and have developed new and exciting features so that the data collected is even more robust.

Photography will play a big part this year with participants being encouraged to upload pictures of any bees they see.

The data collected will be used by experts investigating the plight of bees and the steps needed to help them. More than 20 UK bee species are already extinct and about a quarter of the remaining 267 species are at risk.

Data can be uploaded via the free app or the website. To find out more about the Great British Bee Count 2015, including how to take part, click on to: www.greatbritishbeecount.co.uk

"It was great to see so many people getting outside and taking part in the Great British Bee Count last year. It shows that people care about the future of bees and are willing to help out to protect them."

"This is a great example of citizen science. It's informative, easy to use - and great fun too."

"It is fantastic that the Great British Bee Count got 23,000 people out looking at our wild bees last year, let's hope for even more in 2015. The idea of including photo uploads this year is really important as it will allow the records to be checked by experts."

"To help support Britain's bee population it's important for gardeners to choose pollen rich plants when they are planting. The Great British Bee Count raises gardener awareness of the types of flowers preferred by bees and inspires people to observe and appreciate garden nature."

In November last year the Government published its National Pollinator Strategy (NPS), following successful pressure from Friends of the Earth's Bee Cause campaign. The NPS was the first national action plan to cover all the challenges bees face, and the first to cover all UK bees (and other pollinators), not just wild bees. The NPS was welcomed by Friends of the Earth, but the environment charity is still pushing for it to be strengthened in certain key areas, such as pesticide-use.