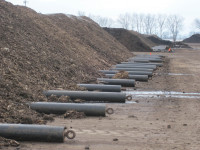 As someone who has been involved with golf courses in excess of twenty years, I well remember "composts" being used in the maintenance practices of many greenkeepers and groundsmen.

One of my first ever customers, when I was a rep for Maxwell Hart in Yorkshire, had his staff producing over a 100 tonnes of their own greens dressings using their own compost. These were generally derived from cores, a little rotting grass, hay, tea leaves and various other organic matter. Compost was very much a DIY operation that produced "unstable" high nitrogen organic material that often still contained harmful pathogens likely to cause turf disease and future fungal attacks!

Unstable composts also tend to draw nutrients away from the surface they are applied to, as they are still in the feeding stage; therefore, rather than adding benefits, they had the opposite effect. The only benefit was that they were considered cheaper than buying a proprietary pre-blended topdressing.

The difference now is that, like most things in the 21st century, strict regulation has come to force and, in the case of green compost, it has enabled producers to move certain composts from a "waste" material to a fully certified top quality organic amendment. The certification process is in place to ensure that the raw stock produces a consistent finished product, batch after batch, week after week, year after year. 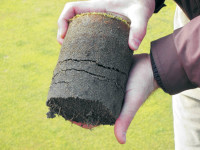 The secret to producing a first class green compost is to achieve, and maintain, a core temperature in the windrow of at least 150OC for a minimum of 18-21 consecutive days. In the 'good old days', good green composts would take up to twelve months to produce. Now, with modern machinery and more refined techniques, a better product can be turned around in twelve to fourteen weeks.

Composting to pas100/2005 standard reduces bacterial and viral pathogens to non-detectable levels, and it has been demonstrated that viruses do not regrow after thermal de-activation.

Composting at this level is, however, not a sterilisation process and a properly composted product maintains an active population of beneficial micro and macro organisms that compete against pathogenic members.

The addition of certified green compost to topdressings and rootzones to fine and sports turf, has shown increases in soil phosphorous, potassium and nitrogen levels, alongside increasing organic carbon content.

Also demonstrated following prolonged use of compost amended dressings, has been a reduction in fungal diseases alongside a resistance to common turf pests.

So, old science or the future?

During these difficult economic times, all managers are having to find cost savings. Many are going to straight sand dressings, in part to save money. Others to reduce or keep in line with soil organic matter levels. A typical topdressing, with green compost as the organic amendment, will offer less than 1% organic matter, however, it will still be carrying those essential bacteria and micro/macro nutrients. With a minimum of 85-90% sand content, it also still has the benefits of improving drainage, either applied to the surface or a dressing following coring etc.

The benefit against traditional sand/soil dressings is in terms of weight or loose bulk density. Traditional soil amended dressings are typically 1.7 tonnes/m3, whereby compost amended materials are usually 1.45t/m3. A twenty tonne load of topdressing with green compost as the organic has approximately 13.7m3, whilst a sand/soil topdress would have just 11.7m3!

If you take an average 9000m2 of greens with a normal half a tonne per green dusting, eight times per annum, this would require 42m3 of dressing or 72 tonnes of sand/soil dressing. If you applied a sand/compost dressing, you would need just 60 tonnes. That equates to 20% more sand soil dressing required over sand compost dressing!

Given the evidence of reduced fungal attacks, less fertiliser inputs required and, over long term use, reduction in irrigation requirements, it would 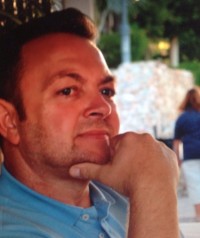 be possible to save 25-30% of your budgets on dressings, fungicide, fertiliser and, not forgetting, labour costs, simply by switching to the use of dressings and rootzones amended with certified green compost.

ur initial research was conducted at Ohio State University, however, since 1999, we have accumulated much further research from our own customers along with STRI studies backed by WRAP.

One snippet we gained just a few years ago from an agronomist in the United States, who had worked with compost for thirty years, was; "don't break the compost down any smaller than 3/8" (10mm) and certainly don't mill it (4mm) like sphagnum moss peat. Once it is broken down smaller than this (10mm), it has lost almost all of its benefits."

If you would like any further information, or access to our extensive research with regards to green compost, please don't hesitate to email me directly, andylaw3107@btinternet.com.