Andy Ward has won a top industry award for his work maintaining the pitch at his club. 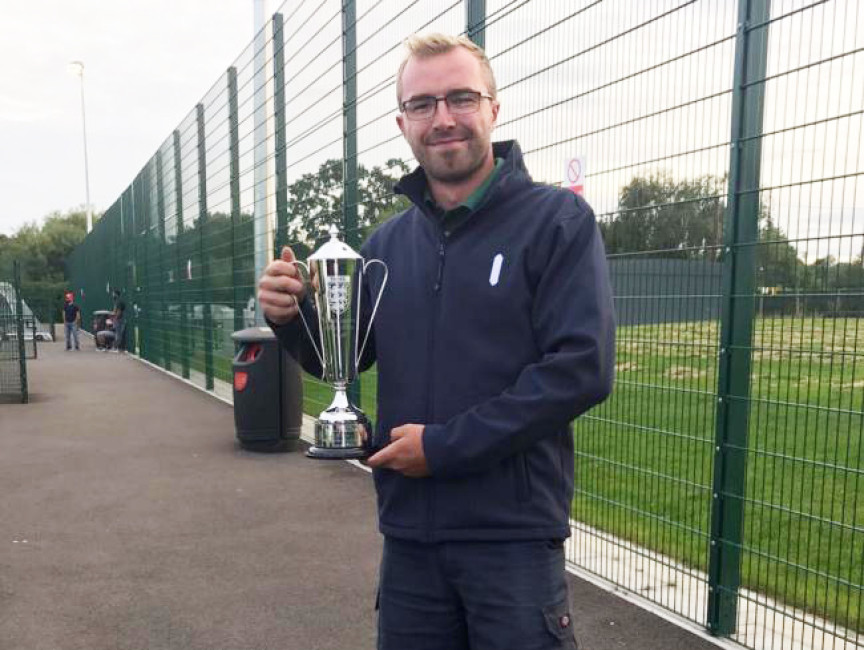 Andy Ward, 24, who has been the groundsman at Wingate and Finchley FC for five years, won the Isthmian League Groundsman of the Year for his work keeping the pitches green and well-maintained for the club.

The competition is an annual one for non-league groundsmen, awarded by the Football Association (FA), for the groundsman they believe has been the leader in their art.

One of the club's directors, Paul Lerman, said: "Ever since the merger of the two clubs in 1991, we have made the playing surface our utmost priority, and it is no secret in non-league football that we always have a wonderful playing surface all through the year.

"Having a beautiful grass surface greatly helps our teams to have an attractive style of play, which influences the type of player we can bring through the ranks and also how we can coach and improve them.

"Andy works tirelessly to look after it and keep it immaculate and we are very proud of his award."

The awards also honour groundsmen from other non-league clubs across the country, including the Southern and National Leagues.