0 Greenkeeper Megan on course for a great career 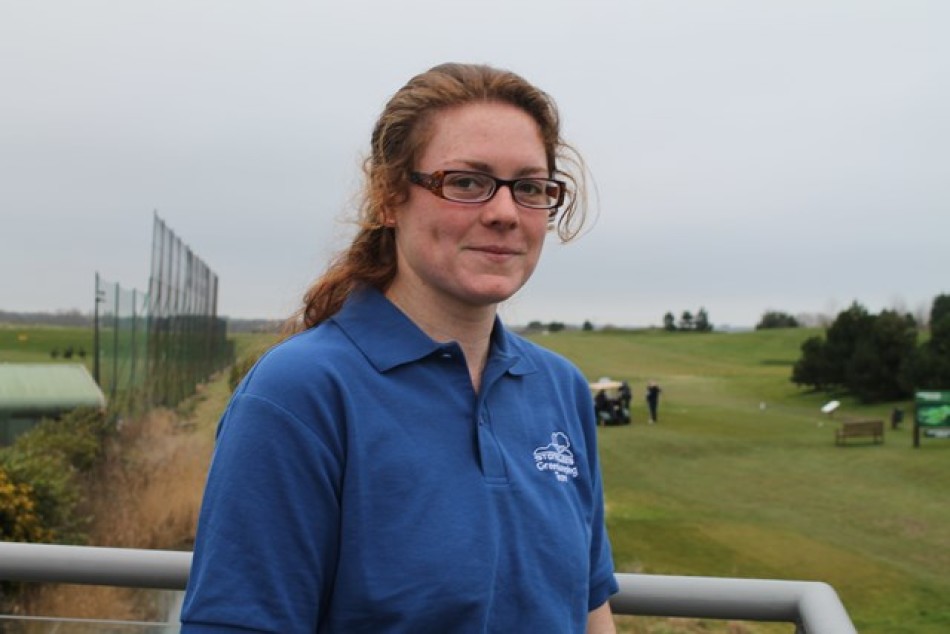 It's National Apprenticeship Week, and all week we're celebrating all things apprentice related at Myerscough College.

Our range of schemes continue to grow, and our apprentices come from all backgrounds and locations around the country. Myerscough College is committed to the principle of "opportunities for all to succeed" and some of our learners and apprentices are a clear example of this commitment. Myerscough College is one of the largest national providers of greenkeeper apprenticeships and the first to deliver the new Golf Greenkeeper Trailblazer Apprenticeship standards.

We recently caught up with another apprentice clearly dedicated to her career and providing inspiration to others looking to enter the industry. 23-year-old Megan Yalland, from Ramsgate, Kent is about to finish her Advanced Apprenticeship in Greenkeeping at Stoneless Golf Centre, near Ramsgate, under the direction of John Chapman, Manager and Head Greenkeeper.

Megan has worked at Stonelees since 2013, having previously completed her Intermediate Apprenticeship at Manston Golf Course. Despite leaving secondary school with exceptional GCSE results Megan decided apprenticeships was the best option and has not looked back since.

Megan explains her motivation, and reasons for the career choice: "I left secondary school with 10 GCSE's, all A and A* and initially looked at A levels but it quickly became apparent I had made the wrong choice. I wanted to be self-sufficient, and independent and knew I did not want to carry on with traditional academic study."

"I quickly found work and had a few jobs working in Social Care, but found it difficult to settle. From an early age I have loved and respected the environment and enjoyed being outdoors. I have always had a keen interest in Horticulture and gardening which I think comes from my grandparents and the hours spent as a child with them in their gardens."

"In 2012 I saw an Apprentice Greenkeeper position advertised and thought why not, and applied. I was lucky enough to be given the opportunity and have not looked back since. To think I am now about to complete the Advanced programme is something I am extremely proud of. "

"Apprenticeships are fantastic because they have given me the opportunity to learn a trade, earn a wage and get a nationally recognised qualification all at the same time. Soon I will be able to stand amongst my industry peers as a qualified Greenkeeper with several years of true experience. As well as my level 2 and level 3 qualifications in greenkeeping I have also done the full range of pesticide and spraying certificates and next up is a telehandler course which I am really looking forward to. I am always happy to learn new skills." 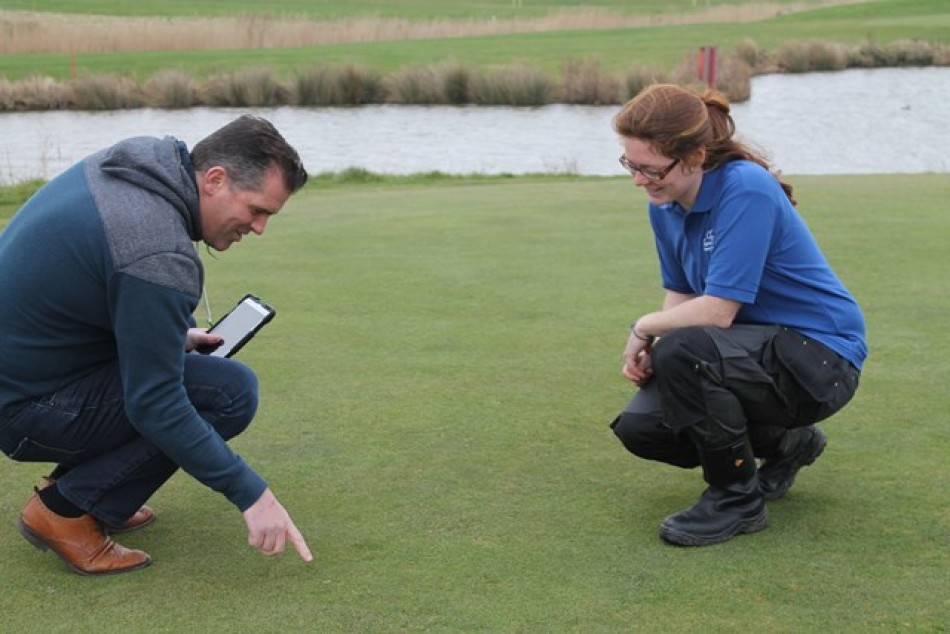 "In the future, I really just want to develop further both personally and professionally, within my current role and expand my horizons within the golf industry. It's difficult to plan too far ahead but I am certainly potentially interested in Higher Education and furthering my academic studies at some point in the future."

"I love greenkeeping, the variety and the fact that the job changes with the seasons and that no two days are the same. The variety is amazing and you have to problem solve all the time, and also think on your feet. I love being outside and working with the team here at Stonelees. The weather can be a challenge at times but there aren't many jobs I am aware of where you can see the direct result of your actions, and it's always good to get positive feedback from the members that the course is playing well and maintained to a high standard."

"It's strange to think that girls are so under-represented in greenkeeping as for me it's just a natural step onto the career ladder. I really hope that by telling my story I can inspire and encourage others to look at apprenticeships within the golf industry."

John Chapman, Manager and Head Greenkeeper at Stonelees Golf Centre, said: "Megan has now been with us for three years and is part of a team of 5 who maintain all aspects of the course. Megan is very highly motivated, a fantastic team player and always completes tasks to the highest possible standards. She has a great attention to detail and a clear passion for greenkeeping. Megan is a naturally friendly person who gets on well with her peers and has a great rapport with the club members. I know Megan has a bright future in the industry."

Megan is now under the tutorage of Ben Freeman, who himself started out as a greenkeeping apprentice. Ben has worked in the golf industry for 17 years also completing a Foundation Degree with Myerscough College. Ben now works as a tutor at Myerscough College and has a caseload of apprentices across the South East of England.

Ben said: "Megan is an exceptional student who adapts well and is a very capable young Greenkeeper. I have no doubt that in the future Megan will progress further and it's fantastic to see a young lady choosing greenkeeping as a career choice. Megan's work is extremely well planned, detailed and to the highest standards. I only wish all my learners were as thorough as Megan."

Myerscough College deliver a wide range of apprenticeships, work-based and industry training solutions to employers across the country. For more information please contact the Employer Services Team on 01995 642255 or email employerenquiries@myerscough.ac.uk