0 Greenkeeper on top of the world! 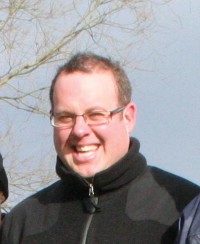 Lymm Golf Club course manager Stuart Yarwood is now officially one of the top Greenkeepers in the world!

Stuart has been awarded his Master Greenkeeper Certificate from the British and International Greenkeepers Association - one of only 55 in the world!
The award is only given to those who have achieved the highest standards in greenkeeping and golf course management. A minimum 10 years experience is required of which three must be as head greenkeeper and the certificate is only awarded following rigorous written examinations as well as course inspections.

Lymm Golf Club boasts an excellent and well presented course which is in harmony with the environment. Minimum chemical treatments are used and every effort is made to encourage native flora and fauna.

Late last year the club was awarded a grant from the Million Ponds project to construct two new ponds on the course. This was the first award of its kind for a golf club and will form part of a project which is to establish a nationwide network of new ponds which will help to arrest a century of decline.

The new ponds are now completed and members wait in anticipation for the natural establishment of habitats for wetland plants, amphibians and mammals such as water voles.

Lymm Golf Club was established over 100 years ago and boasts a membership of over 800 including many junior and social members. The club has recently revised its membership categories to comply with recent equality legislation and golfers of all standards are welcome to play or socialise at one of the major sporting and social venues in the area .

The clubhouse was rebuilt in 2007 and offers a welcoming and convivial atmosphere. It is an excellent venue for private parties of all kinds from birthdays to wedding receptions and is available for private hire.

See the rest of the article on the following link:- Warrington Worldwide