A greenkeeper at Cleeve Hill Golf Club in Gloucestershire, who had his golf clubs stolen, saw them up for sale on auction website eBay, a court has heard. 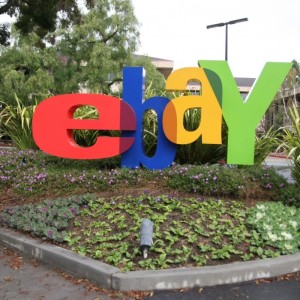 Nigel Thompson saw the clubs being advertised about five months after they were taken from the golf club by a burglar.

He alerted police who traced the eBay advert back to a 51-year-old man, Ian Brisland, living in Cheltenham - and officers found pictures of the clubs on his mobile phone.

Brisland, who originally denied the offences, changed his plead to guilty at the last minute to two offences of assisting in the realisation or disposal of stolen goods between and was given a four months jail term suspended for two years and fined £800.

Prosecutor Jenny Tallentire said Mr Thompson locked his £2,500 worth of clubs and other golf equipment in a shed on the Cleeve Hill course and when he returned the next day the padlock had been cut off.

From then on he kept an eye on eBay and five months later recognised his clubs being advertised and informed police, stated the Gloucestershire Echo.

Enquiries with eBay revealed the ad had been placed in the name Robert Hunt. But although the name was false it was registered to Brisland's address and gave his mobile phone number. The ad was also linked to Brisland's wife's PayPal account.

"It was therefore fairly easy to trace back to Mr Brisland's address," she said. "His premises were searched on and he was present. It was noticed he was trying to do something on his mobile phone so that was seized.

"It was found that photos of the golf clubs were on the phone. The pictures had been taken six days after the burglary."

She said Mr Thompson had been able to get £1,500 back from his insurers but was still heavily out of pocket.

Alan Burke, defending, said although Brisland had a criminal record including a past offence for handling stolen goods he had not been in trouble for 13 years.

Judge Jamie Tabor QC told Brisland "You have dragged this case on and on and on. If you had been wise you would have pleaded guilty absolutely straight away and it would have cost you a lot less money.

"Handlers are the bane of the courts' lives because they provide a lifeline to burglars. Without handlers, burglars find it very difficult to make profits."

For the original article, visit www.golfclubmanagement.net.