0 Greenkeepers gear up for cold months

It IS just under a year ago that the grounds across the region's golf courses were blanketed with snow, and just under half a year since the country endured one of the hottest summers in recent times. 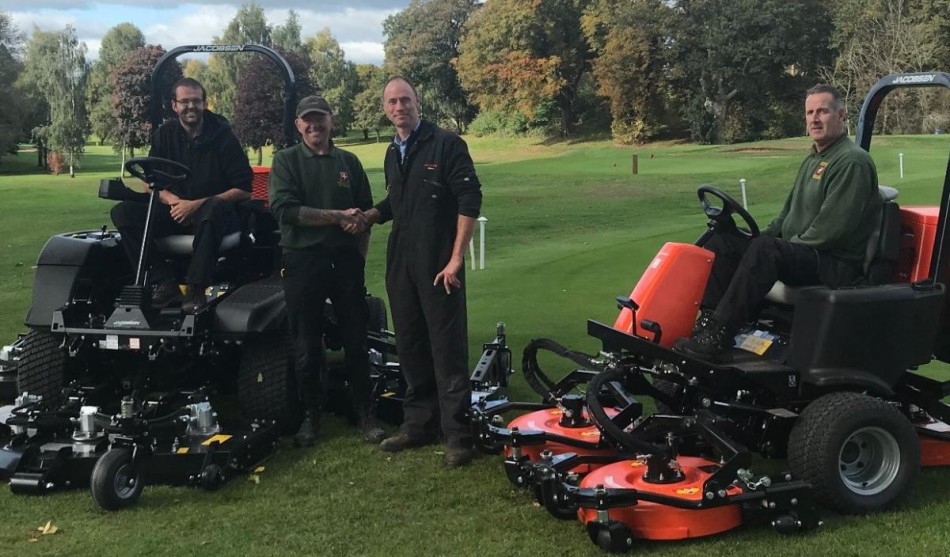 With that being said, it was a tough year for the groundsmen working to keep up the conditions of the courses around north Shropshire, and they will now look at getting the courses ready for the start of the new season.

Head greenkeeper at Oswestry Golf Club, Gary Barnfield, spoke about how the greenkeeping team are hoping to deal with the conditions and difficulties posed by the winter months.

"From the depths of winter, where we've never seen so much rain, snow and frost, to the near-drought conditions of the hottest summer in living memory, it's been quite a ride this last 12 months.

"That said, I'm delighted to say we believe we have delivered the golf course in superb condition and the feedback we've received from members and visitors alike pays testament to that.

"In the coming weeks we'll be focusing on getting rid of the leaves that are constantly falling onto the course as we head out of winter and into spring.

"Leaves have already been an issue and will continue to be so throughout the next few months. Bunkers are something we also have to look after

"Many clubs will be carrying out vital maintenance work over the winter on various parts of the course.

"One of our big focuses this winter is our ongoing bunker renovation programme. On top of that, we continue to cut the grass while there remains some heat in the ground."

The weather hasn't been as cold as usual through the early part of winter and the greenkeepers will hope it stays that way to avoid frost affecting the course.

Gary added: "Frost is one of the most contentious issues any greenkeeper faces. Members look at the course and see a light dusting of frost and some then get annoyed that the greens are moved to temps.

"However, the issue is that if we allows golfers onto the greens it will cause issues in the root structure and this will mean greens not up to standard in the summer."

Gary went on to thank his team for the hard work they put in to maintain the course.

"It can be a pretty tough time of year for greenkeepers," he said.

"They really do their best to provide a course that members and non-members alike can be proud of - next time you see your greenkeepers, give them a few words of encouragement for the work they are doing."

For the original article visit: www.whitchurchherald.co.uk