by David Williams, Otago Times
in Golf, People, and Industry News
on 14 Mar 2016 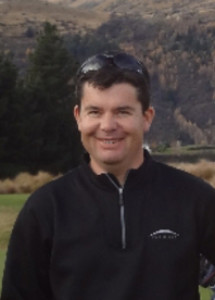 Nice article from the 'other side of the world' as The Otago Times ran a good piece on the work of the greenkeepers at the New Zealand Open.

The article featured Course Superintendent Brendan Allen and his crew of thirty and centred around an early start, a Thursday storm and the smell of bacon butties!

This year's tournament, co-sanctioned with the Japanese Tour, took place at The Hills in Arrowtown, South Island between 10-13 March. It is an event they host in alternate years with the Millbrook Resort.

It's good to see some public recognition for our industry, even from 11,500 miles away!

It's 8am and, at one level, the New Zealand Open is yet to warm up.

Yet, at the greenkeepers' shed, about 100m from the course entrance, there's a green sea of parked John Deere machines, with hand-mowers stacked beside.

There's a mulchy aroma, mixed with oil and diesel, and the slight warmth of recently used engines.

The greenkeepers have been there since 4am, when headlamps are a must, and now the morning shift is over.

Golf course superintendent Brendan Allen's crew of 30 is lounging around in a kitchen-diner - some are sleeping - as bacon and sausages sizzle on the barbecue outside.

PGG Wrightson staff from Christchurch are on the tongs, as a thank you.

The greenkeepers are a mix of silver-haired veterans and bearded students. Banter bounces off the walls.

It's not long before someone grabs an iron and starts chipping on to a small green, out back.

For University of Otago student Josh Mehrtens, of Arrowtown, it's his second Open. 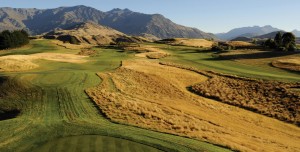 Volunteer Scott Hansen, of Waikaka, near Gore, has been a greenkeeper at Queenstown Golf Club at Kelvin Heights for two and a-half years. He's about to head to an internship at Ohio State University.

''It's been good fun, good experience,'' he says of the Open.

The early starts have been ''worth it, with the breakfast''.

The Hills course looks spectacular. But look more closely and there are signs it's getting beaten up - especially off the holes themselves - by TV crews with heavy equipment, spectators and players.

The turf is being pushed to the limit, with cutting heights and rolling greens, that it might take until winter for it to recover.

And, once it's full of players, you can't make noise.

Or put another way: ''Start early, get everything done, get out of the way. Wait.''

It's Allen's fifth big tournament at The Hills. He and the course are in a rhythm, despite the fact the place is swarming with delivery trucks, TV equipment and Australasian PGA Tour officials.

After play has finished, the divots are dealt with and coloured sand is poured into the holes. Then there's more mowing. The slowest mowers come in when it's dark. 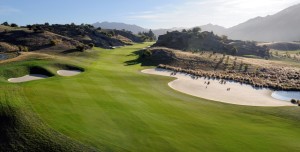 However, they couldn't stop a marquee being blown over at the 10th hole as its central pole snapped. Volunteers' plastic chairs also cartwheeled around the course.

In the early hours of yesterday morning it was blowing hard, leaving pine needles and tussock seed strewn everywhere.

Bigger areas were tackled by a towed turbine blower, which can kick out wind at 140kmh.

Allen: ''Probably not much fun for the neighbours at 4.30 in the morning when all the mowers are going everywhere, but it only happens once a year.''

Former Chisholm Park golf course turf manager John 'Humpy' Humphries (69), of Dunedin, has been working at the Open for the past three years.

''Where do you get something better than this? It's just fantastic. I love it.

''They're long days but he doesn't complain. On Thursday, he had a few hours of sleep in his motel room bed. The day before he visited his sister in Wanaka.

''Sometimes we go out and get in the long rough and lie down, if it's warm, and have a sleep out there.''

The team is ''great'', Humphries says, and Allen is ''very professional''.

''It's just passed on to all the guys here. The guys understand Brendan, know what he wants, respect him. I respect him for the way he controls his staff. You do something wrong he tells you - even me. He's not scared to say thank you and good job done, too.''

Allen is a self-confessed ''grass nerd'', who talks about PGA Tour research and the latest from agronomists. He pulls out his phone and plays a video of him throwing golf balls on the back of the 11th green, early yesterday. The balls sweep downhill and collect in a tight bunch about 25m away.

''Which basically means that they're that good that if a golfer reads the putt right it will go in.''

Why do greenkeepers do it? It's not for the money.

Allen talks about an almost purple sunrise breaking across the ponds earlier this week.

''If you're out here you may as well make the most of it.''It's a good time to show some gratitude, really, for where you are and what you do.''

You can read the original article from the Otago Times HERE