A GreenMech Arborist 130 has become a key tool in the armoury of Ryan Evans, Owner of Edinburgh's Castle Trees. Having left a career in the Army after 23 years, Ryan is embarking on a new venture, with his woodchipper delivering the versatility, manoeuvrability and reliability he needs for around-town tree work. 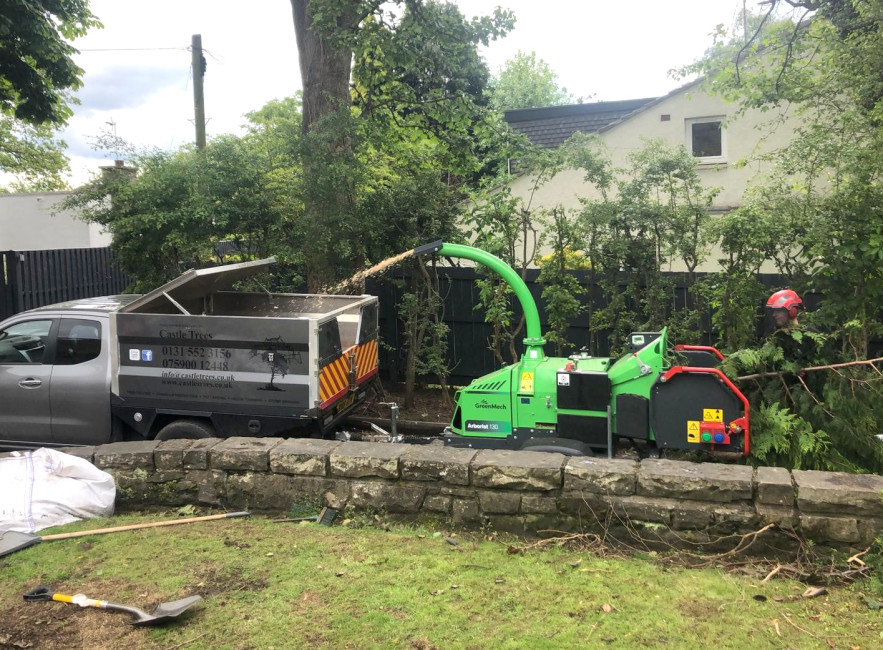 "When I knew I was approaching the end of my army career, I went and worked with another ex-army friend who had established his own tree surgery business - I knew straight away that the physicality and outdoor nature of the work was going to suit me" explains Ryan, who set up Castle Trees last year. "I used a woodchipper during my time there and was going to invest in the same brand until I looked around, particularly on some online forums, and saw GreenMech machines often coming out on top."

Ryan had a demonstration of the Arborist 130 model with GreenMech's Peter Bagguley where he was instantly impressed with the chipper's capabilities. "I couldn't believe the size of some of the material they were putting in, that it was taking so easily in its stride. Had I not have seen this for myself, I think I would have been cautious processing similar material with a chipper of that size. That performance, combined with the price, meant the Arb 130 met my needs perfectly." The back-up service from local dealer Henderson's was the final factor to tip the balance for Ryan, taking delivery of his machine in March.

The chipper is now out most days, handling a variety of brash and woody waste from both large and small domestic projects. "The feed mechanism is great, and the buttons make it very user-friendly. As a small outfit, I can tow the chipper easily with my 4x4 getting in and around tight roads or restricted accesses without a problem. Importantly though, the size of the machine doesn't come at the detriment of the performance and to this date, it's had the power to process anything and everything we've put through it. It's truly compact without the compromise."