by Louise Challiss
in Machinery & Mechanics, Estate Management, and Woodland Management
on 19 Aug 2020

Offering the ultimate flexibility for kerbside working, a QuadChip 160 from GreenMech is the chipper of choice for Andrew Steel of AS Treecare - assisting him in delivering tree works in and around Surrey and South West London. 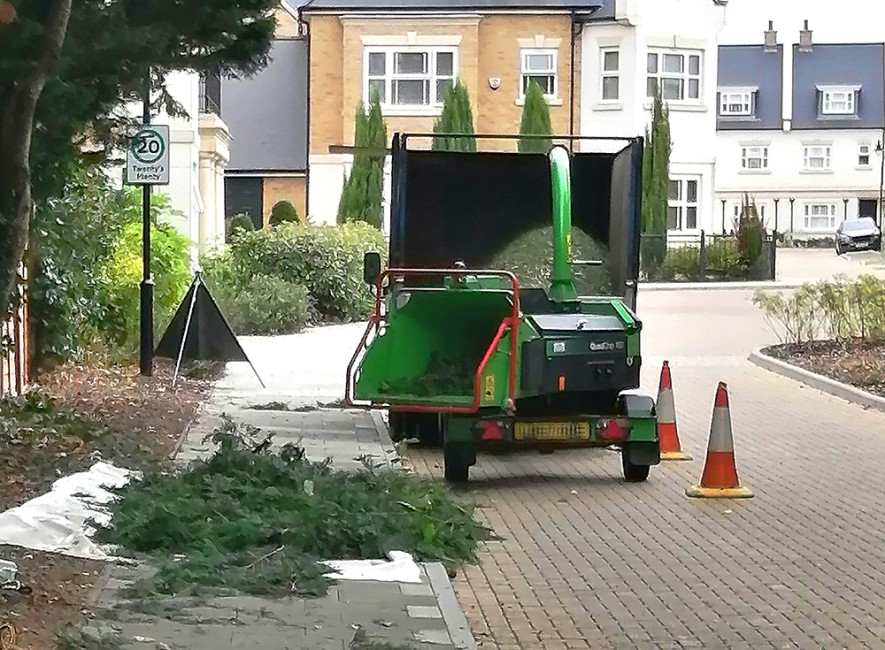 With parking and space at a premium in tight urban and suburban locations, the 360-degree turntable of the QuadChip improves the speed and efficiency with which both timber and brash can be processed.

After purchasing his first QuadChip eight years ago, Owner/Operator Andrew has recently upgraded to his third unit - a MK II model supplied in April 2020 by GA Groundcare. "The turntable gives us convenience that shouldn't be underestimated" explains Andrew, who established AS Treecare 17 years ago. "With 90% of our workload comprising of domestic garden projects, it's common to have to contend with restricted parking space and in many situations, you can't secure enough space behind a conventional chipper to process brash. With the QuadChip, we can angle it so that brash can be piled up on a driveway or path and loaded straight into the infeed chute."

Powerful twin vertical feed rollers offer exceptional pull and crushing capacity for timber and brash of up to 6", with consistent processing quality provided by GreenMech's patented Disc-Blade chipping technology. "Our last two QuadChip machines have been fitted with the Disc-Blade system which undoubtably offers an extended lifespan compared to traditional straight blades. They also give you the option of turning the blade to a new sharp edge if damage occurs, which is great when you're out on site."

Andrew also has a GreenMech CS 100 pedestrian chipper, which he calls upon when access is even more restricted. "This is a great little machine for garden tidy-ups and those projects where you can chip, and leave that chip, on site. We've been known (on more than one occasion!) to take the CS 100 through a house to access the garden which, by doing so, has reduced two-day jobs down to one." He concludes, "The combination of our two chippers mean we're well equipped to tackle projects of all sizes, no matter how restricted we are on access, with the added benefit of fantastic back-up support and service from Ashley at GA Groundcare, as and when we need it."