One of the most recurring topics in our industry is how to attract youngsters into this compelling career. Over in the USA, one golf club has come up with an ingenious idea that may be worthy of consideration here in the UK. Bryan Bergner, Superintendent at Westmoor Country Club, explains how he is making a difference in the community. 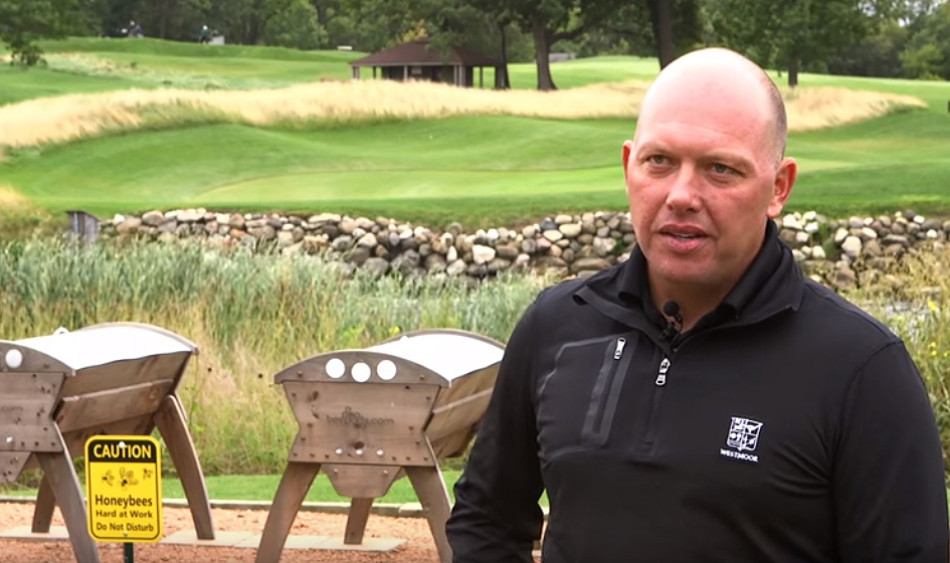 The answer, sadly, was not much. So I decided I had to do something to change that. But what?

Months passed, and I struggled to find a cause or an organisation that really moved me to action. I also had a lot of excuses. Then, one night, as I was sitting at the dining room table working on my hiring plan for the 2013 season, my wife (knowing that I sometimes recruit high school students) asked me whether I had ever tried to recruit grounds crew applicants from the city of Milwaukee schools. I had not, for no reason other than it hadn't been done before.

My wife pressed me on that, and she urged me to think more critically about not only my hiring plan but about my role as a superintendent within the larger community. You see, my wife is a lawyer, so her "encouragement" is more like an interrogation, which meant I wasn't able to get up from that table until I had good answers to her questions.

But, sometimes, that's what it takes and, thanks to her "encouragement", the "Diamonds in the Rough" internship programme at Westmoor Country Club was born. 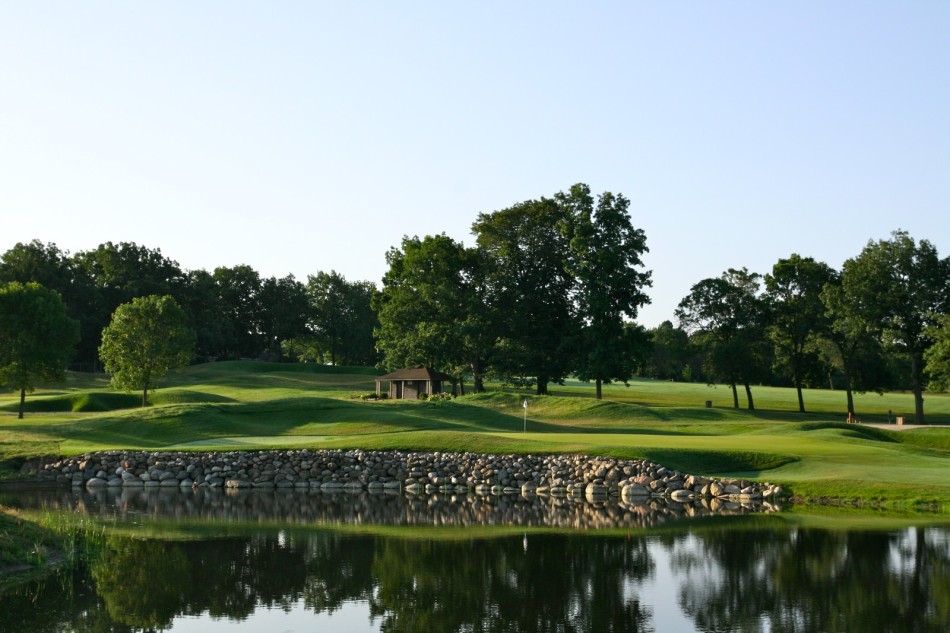 Connecting with a cause

The concept was simple: Commit several summer positions to high school students who come from disadvantaged circumstances, but who demonstrate an interest in achieving success despite those setbacks. Finding those "diamonds in the rough" was not so simple, however. After developing the idea for the internship programme, I spent weeks (unsuccessfully) canvassing guidance counsellors, writing letters, and trying to make connections that could help me find my first "diamonds in the rough." By this time, it was the end of February, so I was not only discouraged by the lack of progress, but also anxious because I had to finalise my crew.

Just as I was about to give up, I connected with the Operation Dream organisation in Milwaukee. Operation Dream is a non-profit organisation that serves young males ages four to seventeen whose environments put them at particular risk, and for whom similar organisations are out of reach because of poverty and a lack of access to transportation.

Like other mentoring organisations, Operation Dream provides programming designed to build academic, social and leadership skills. Unique to Operation Dream, though, is an initiative called Operation Work, which is a hands-on, incentive-based programme for young men ages eleven to seventeen, in which they learn the basics of work, employment and self-sufficiency. The fact is, many of these young men have never known a man who works, so the programme helps them develop the "soft skills" so many of us learned simply by growing up around good male role models. High school students in Operation Work are then encouraged to go out and find employment. This, of course, is where the Operation Work programme dovetailed perfectly with my Diamonds in the Rough internship. 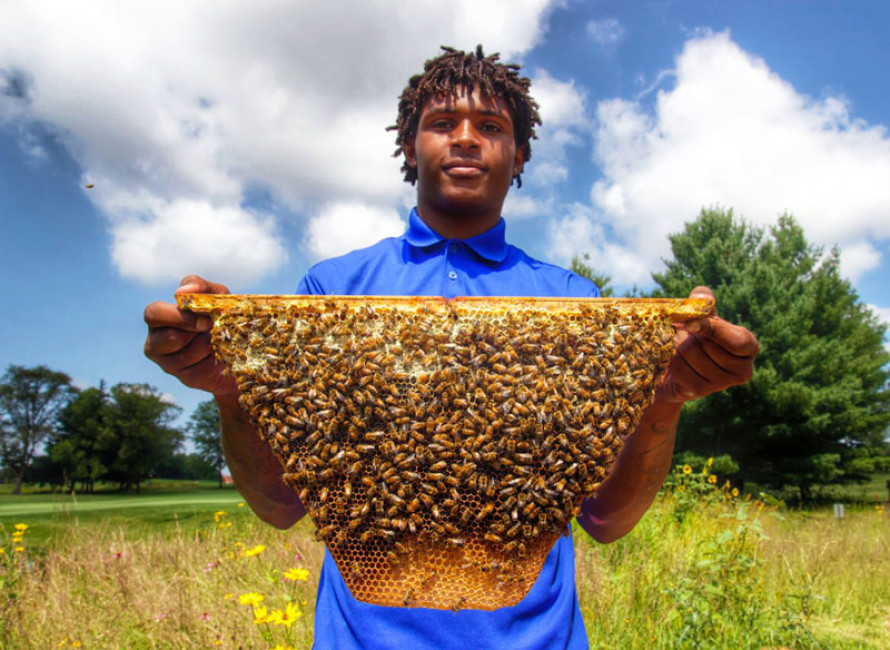 Denzel Segura handles a honeycomb from Westmoor's on-site apiary. Denzel worked at Westmoor CC as part of the Diamonds in the Rough internship programme during the summer of 2014

The Operation Dream staff prepared the candidates well for their first job interviews. They came ready to impress, with positive attitudes and well-thought-out questions. From those interviews, we hired two young men from the Operation Work programme to join our summer crew - Antwan and Demetrius Powell. The boys started out with little knowledge of the game of golf, let alone what goes into maintaining a high-quality golf course. Although Westmoor CC is only fourteen miles west of downtown Milwaukee, from the perspective of these kids, it may as well have been a different planet.

Part of the team

Antwan and Demetrius came eager to learn. They learned how to mow greens and fairways and how to rake bunkers. We also worked on interpersonal skills, such as the importance of a firm handshake and looking people in the eye when talking to them. The boys quickly became integral members of our crew, and that allowed them to develop a sense of importance and responsibility they hadn't been familiar with.

As the summer progressed, I watched as Antwan and Demetrius grew into confident young men capable of holding their own with the more experienced crew members. I found it particularly refreshing that the boys did not arrive with a sense of entitlement, which is something I have encountered so often over the years with high school and college students. Overall, the internship was an overwhelming success for the boys and for our crew. 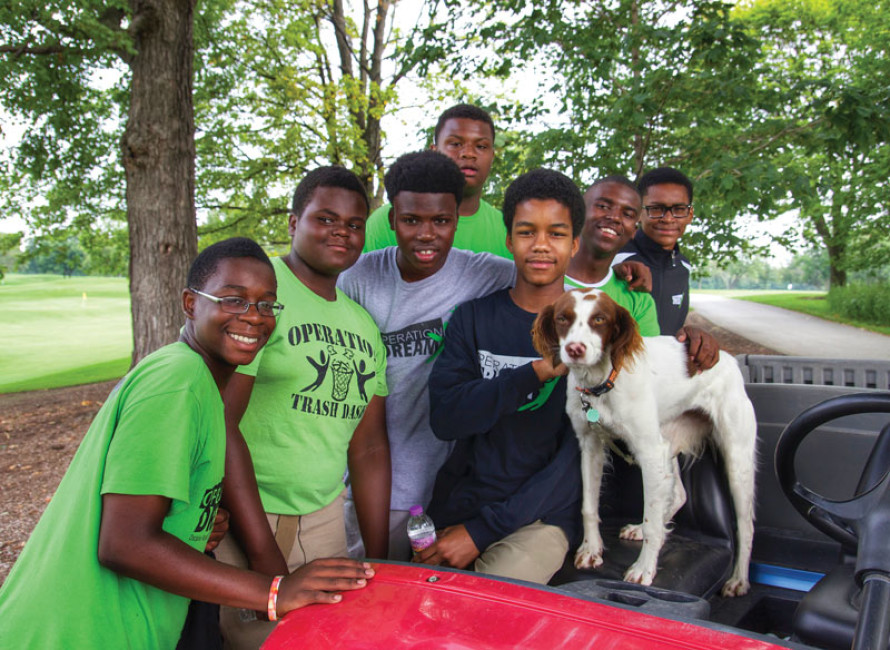 During Westmoor Country Club's annual golf outing for members of Operation Dream, attendees take a break from learning the basics of a golf swing to play with Billie, superintendent Bryan Bergner's Brittany spaniel

Toward the end of the summer, as a way to celebrate the successful season, we hosted a golf outing for twenty of the Operation Dream boys on our five-hole Little Links Course. With my guidance, Antwan and Demetrius prepared a keynote presentation about their summer job experience at Westmoor, which they presented to the Operation Dream boys at the outing. Watching Antwan and Demetrius confidently explain the intricacies of mowing a green and how great it feels to be responsible for an exceptional work product was one of the most gratifying moments of my career.

We have now completed three seasons of our Diamonds in the Rough internship here at Westmoor. Each year brings its own rewards and challenges, along with many opportunities to make a lasting impact in the lives of the boys we employ.

In 2014, we expanded the programme to include involvement in the operation of our honey bee sanctuary. The interns are now directly engaged with our beekeeping operations, including the maintenance of three beehives on the golf course. We've used beekeeping as a means of building trust and teaching the boys about the importance of honey bees in our ecosystem. It has turned out to be a terrific way to connect the boys, not only with work but also with the environment. We've also introduced the beehives to the other Operation Dream boys who attend our now-annual golf outing. I find it rewarding and fun to watch the boys' eyes light up at this completely new experience as we pass around a honeycomb covered with thousands of buzzing bees.

Six young men have taken part in the Diamonds in the Rough internship programme at Westmoor since 2013. Most made it successfully through the entire programme; a couple of them did not. Regardless of whether they completed the programme, my hope is that all the boys learned meaningful life lessons that will stay with them. After all, some lessons are harder learned than others but are nevertheless important. 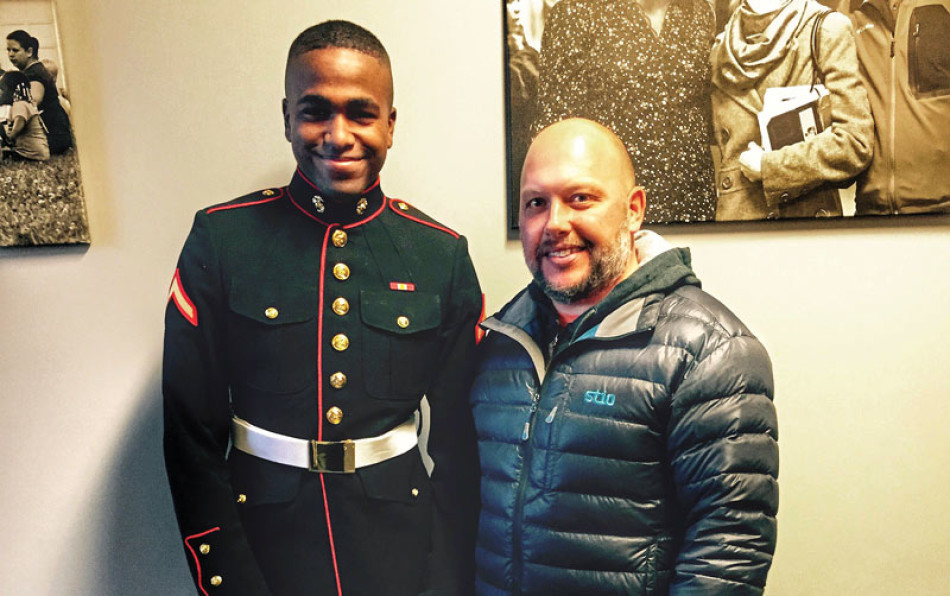 So, where are Antwan and Demetrius now? They both completed high school, after which Antwan joined the U.S. Marine Corps and Demetrius entered a management-training programme at a local car dealership. They have told me that the hard work they invested during their summer at Westmoor helped prepare them for these career opportunities. Both are established role models and mentors for the younger generation at Operation Dream, and I could not be more proud of them. On a side note, Antwan was featured in the "It's Aaron" video series with Green Bay Packers great Aaron Rodgers. I encourage you to watch the video in the Season 2 collection at www.itsaaron.com to check out what Rodgers has to say about Antwan and Operation Dream.

Our interns learn a lot every summer but, in all honesty, I learn more. The boys remind me of the many things I've taken for granted in my own life - things that enabled me to get where I am today. I understand now that my skills as a golf course superintendent don't just allow me to grow grass and improve the golf course. I can use those same skills, as we all can, to grow better people and improve the community around me.

Bryan Bergner is the GCSAA Class A superintendent at Westmoor Country Club in Brookfield, Wis., where he has worked since 2005. He is a 12-year member of GCSAA and lives in Milwaukee with his wife, Danielle, and 6-year-old son, Miles.