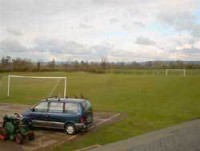 Clearly it was time to get organised. However, as it was only a relatively short while ago that the village had been able to support a full football team and a successful Youth Team, there were grounds for optimism, even if not too many locals had featured in either of those teams.

The committee had asked me to see if there was anything we could do to attract people to play casual cricket on the Playing Field. This was clearly a big ask, seeing as there was no cricket square or even anyone around who had the necessary knowledge to prepare one. What had struck me though, after conversations with the local cricket club was that there was a need locally for a junior cricket club. Not necessarily a competitive outlet, but a fun, friendly club where children could learn the basics of the game in their own time without the added pressure of having to try and justify their selection before they were ready for it. So with the support of the local primary school we started the Butleigh Kwik-Cricketers CC and set about teaching cricket to children through softball Kwik-Cricket. This, although many old purists don't seem to be able to understand it, is a brilliant conception.

The advantages, of course, are that you can play on any surface, indoor or out, and that you won't need any protective equipment such as pads and gloves, and crucially for us you don't need a prepared surface. So, this seemed to fit the brief of getting cricket played on the Playing Field. In 2003 we were awarded a very heavily discounted Flicx artificial pitch through an ECB/Somerset CCC incentive to promote cricket in places where it hadn't previously been available, and this we installed in the middle of the Playing Field. Meanwhile, we had secured a grant to help us to purchase a Ransomes Triple Mower to replace our increasingly costly-to-maintain trailer mounted gang-mowers, which had seen much better days. This was fundamental in helping us to achieve our aim of improving the quality of the Playing Field.

I was scouring the internet one day when I came across a link to Pitchcare, and it was this that helped to solve the next big problem, which related to the state of the line-markings of the football pitch. Where the lines had been marked over the years the pitch (which is always soggy in mid-winter) had very bad grooves where the top-soil was pushed away by the traditional line-marker. This was bad enough in the winters, but in the hot summer of 2003 loads of shrinking and cracking resulted in some really dangerous cracks opening up. After posting a question on the Pitchcare "Turf" message-board and speaking to a friend who manages the grounds at a nearby Public school, a decision was made to replace the contact wheel marker with a Fleet Kombi spray paint marker. This has made a tremendous difference to the quality and appearance of the markings, I think it also saves on the frequency of marking as well; we certainly don't need to mark for every game anymore. Furthermore with the Kombi so easy to use we have no trouble marking up mini-soccer pitches for use by the local primary school's Saturday Soccer Club.

Further responses to questions placed on the message board have helped to establish an ongoing maintenance schedule, which will see us from this year on placing far more importance to the upkeep of the playing surface. We are awaiting delivery of some second-hand equipment that we've purchased after another Pitchcare member responded to a "wanted" ad placed on the "machinery wanted" message board. When this arrives we will be able to make a start on aeration and fertilising as well as looking at a few levelling and re-seeding projects.

We've also taken steps to enrol myself and a youngster from the village on an IOG 1 day level 1 winter pitch maintenance course, again a recommendation from the Pitchcare members.

I'm very grateful to the Pitchcare members for the advice and suggestions that they give to us untrained volunteers. I think the website is a tremendous success and a great credit to your industry. I'm sure that our story isn't of tremendous interest but I was very keen to reciprocate through Laurence for all the patient help that I have received from the membership. 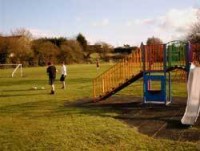 The Playing Field Association will be looking towards applying to the Football Foundation for grant aid regarding replacing the current rather outdated and unappealing buildings with something more suitable as a sports pavilion come meeting room.

I'm delighted that the field is now in full use and am hopeful that with more help from Pitchcare we will be in a great position to maintain it.