1 Groundsman among those killed at tragic Shoreham air crash

Brighton & Hove Albion groundsman Matt Grimstone, along with his Mavericks teammate Jacob Schilt, are both believed to be among the victims of Saturday's tragic Shoreham air crash 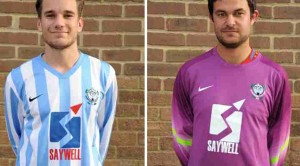 Matt, a keen amateur footballer and talented goalkeeper, was on his way to play for Worthing United against Loxwood in the Southern Combination Premier Division at Lyons Way, with his teammate Jacob in the car.

Their vehicle was hit by the aircraft which crashed on the A27 at Shoreham during the show.

Matt, 23, has worked at the club for the past seven years, and was given a full-time role with the grounds team after successfully completing his apprenticeship in 2013.

Brighton & Hove Albion Chairman Tony Bloom commented, "The thoughts and prayers of everybody at the club are with Matt and Jacob's family and friends at this shocking time. Our thoughts are also with all the people who have lost loved ones in this horrendous accident."

Albion manager Chris Hughton said, "We are all shocked and deeply saddened by this news. Matt has been part of a great team we have at the club, and our thoughts go out to his and Jacob's families at this devastating time."

We at Pitchcare would like to offer our sincere condolences to Brighton & Hove Albion, as well as to the family and friends of both Matt and Jacob, along with the other victims of the dreadful accident on Saturday.