0 Groundsman brings delight to Settle to round off impressive season

In their last match of a triumphant season, league champions Settle lost at Read in a match which avenged the Lancastrian's defeat in the Ramsbottom Cup final last month. 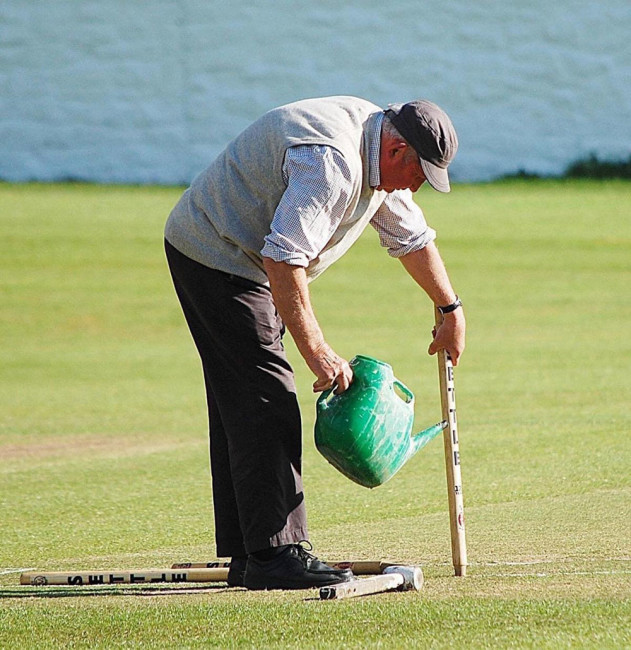 Settle gave it all they could, but were ambushed by a brilliant century by the host's pro Shrikant Mundhe. Things went to plan at the start with bowlers Eddy Read and skipper Will Davidson leaving Read on 32-2 but a 136-run partnership between Mundhe and Read captain Will Wrathall was decisive. Mundhe compiled an unbeaten 116 at a run a ball making all the bowlers suffer, but Gus Ogden claimed his first Senior League wicket on debut, removing Wrathall for 60.

A final 96-run partnership between Mundhe and Joe Halstead (49) took Read to a formidable 264-4, but Settle were up to the challenge with a 58-run opening stand between Archie Phillipson (26) and Dan Strickland (25). Pro Ashen Silva made 17 before falling lbw, but Benjamin Hulse (52) ended an excellent season with his third half-ton of the year. After his recent batting displays, Eddy Read was pushed up the order to make 21 in even time, while Davidson looked to take the game away with a stunning knock of 53 from 25 balls. He was finally bowled by Mundhe after smashing six sixes and four boundaries. Settle continued the challenge with overs running out, but finally lost by 26 runs in a well-fought contest.

After a unique season with the league won four times in a row and the cup two years running, Settle face uncertain prospects along with the other Ribblesdale League members, as the Bolton League have voted to combine with them next season. No decision has yet been made. given the extra travelling required for clubs like Settle at the Craven end of the league.

To top off a wonderful season, Settle's head groundsman Robin Towler and his colleague Martin Scaife were rewarded with the Grass Roots Award in the volunteer ground management category by the Lancashire Cricket Federation.