Groundsman and lifelong fan Mal Ibbetson has combined his passion and skills to add a special touch to York City's in-progress memorial garden. 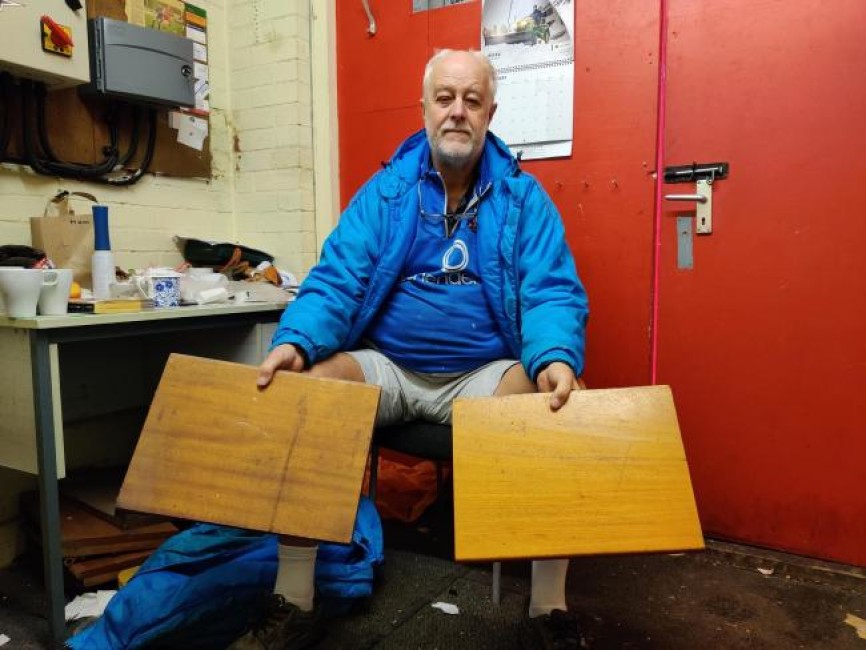 As part of the club's legacy plans for Bootham Crescent, a memorial garden is to be erected across a section of the Popular Stand, part of which will hold ashes of fans.

And Mal, a former joiner for the Joseph Rowntree Housing Trust, has put his skills to use by constructing urns out of the bottoms of some of the wooden seats from the stands.

Mal has been a busy man since City started the move from their former home of nearly 90 years to the LNER Community Stadium at the end of last season.

Among other activities, he has been finding and removing seats to be sold to fans looking to purchase a keepsake from the ground. Touchingly, he also helped reunite a family with a seat dedicated to grandfather Jack Feasby, which they had believed to be lost.

He got the idea for making the urns while assisting at Bootham Crescent during the digs - led by Jason Wood, a conservation specialist - for ashes of deceased fans.

"When Jason came to get the ashes out, there were only a couple that were in urns," Mal explained. "Others were tipped into holes. When we got them out, we put them in plastic bags and stored them in here.

"One day, I said, 'It would be nice if we could do something' because we knew they were getting buried in the memorial garden. I said, 'I wonder if I can make any caskets out of the seat bottoms?'

"I measured them all up, cut them up and made some caskets."

They are "rough and ready" Mal says, but retain the character of Bootham Crescent as they are "made from what was old about the club".

Mal worked the ground at Bootham Crescent for more than three years after he left his job as a joiner, and continues to assist on the pitch at Monks Cross at half-time.

He explained: "I used to give them a hand at half-time with the divoting and Kev (Russell, head groundsman) asked me if I was available for a couple of days a week to help here and at Wigginton Road with any repairs.

You can read the original article from The Press HERE